Sharks play an important role in our environment. They help to keep the prey species balanced by picking out the sick and the weak fishes and maintaining a healthy environment for the rest of the ecosystem.

Sharks also help oceans flourish, by indirectly helping seagrass beds and coral reefs maintain their vibrant colors. For these reasons and many more, we need to continue to protect our sharks and conserve their habitats, which the rest of the ocean heavily relies on.

For years humans have feared sharks, when in fact the more frightening reality is that humans are killing sharks at a rate of about 11,416 individuals per hour worldwide. This has also been the case for the Atlantic shortfin mako shark.

Mako sharks, like many other sharks, are highly migratory and are known to be one of the fastest sharks with their sleek bodies and short fins. However, their slow growth makes them susceptible to overfishing. The International Union for Conservation of Nature (IUCN) announced that they are endangered, however, thanks to the International Commission for the Conservation of Atlantic Tunas (ICCAT), they now have hope of recovery.

‘Humans are killing about 11,416 sharks per hour worldwide.'

The coalition being praised for shark conservation

In 2020, 50 countries met and agreed to end overfishing and support maximum sustainable yield by 2070. These countries also came together to carry out a two-year ban for North Atlantic shortfin makos, from 2022 to 2023.

The coalition included Canada, the UK, Senegal, and Gabon which were praised for their historic efforts. Moreover, the ban is a win for conservation and highlights the importance of science-based decision-making.

Through this ban, this globally threatened species is being protected to help them flourish again. Despite this joint conservation effort, the ICCAT finning ban was blocked by Japan and it is still unclear if South Atlantic shortfin mako catches will be limited or not.

On average about 100 million sharks are slaughtered per year, all major fishing countries are largely responsible for the 70% decline in shark population. This overfishing of sharks is driven by international trade fisheries, where they fish sharks for their meat and oil. In addition to those fished for their meat, many are caught for their fins and thrown back into the ocean — a practice known as finning.

Shark finning has been banned in many countries, such as the Philippines, but recently in 2021, the UK drew up plans to implement a global ban on the import and export of shark fins. This world-leading ban aims to protect sharks, such as the blue and mako sharks. These actions may also help the recovery of 143 endangered shark species.

‘Despite this joint conservation effort, the ICCAT finning ban was blocked by Japan and it is still unclear if South Atlantic shortfin mako catches will be limited or not.’

Will this shark conservation effort succeed?

Although it is important to remain hopeful; the fishing industry has come under criticism in the past and has been slow to progress.

The ICCAT is a Regional Fisheries Management Organization (RMFO) that has the responsibility of managing and protecting about 30 species of fish in the Atlantic Ocean, most notably the Atlantic bluefin tuna. After much pressure, the ICCAT put in place bycatch mitigation measures to protect mako sharks as it did for tuna.

In 2012, Pew Environment Group announced, ‘It is encouraging that ICCAT listened to the recommendations of its scientists, and agreed to keep catch limits for bluefin tuna within their advice. This decision will give this depleted species a fighting chance to continue on the path to recovery of the bluefin tuna after decades of overfishing and mismanagement.’

During this meeting, ICCAT revised a 1966 RMFO treaty on shark conservation to explicitly protect sharks instead of managing them as bycatch. However, its members received criticism as they could not reach an agreement on what the catch limit for shortfin mako shark should be, as well as any progress on tackling illegal fishing. Even at the time, they were aware of the concerns of shark bycatch perpetrated by the tuna fishing industry.

In addition, the organization took a big step to fight illegal by having port inspections. All vessels are required to provide information about their catch before entering port. Unfortunately, even if a vessel is found to have fished illegally, ports will not be obligated to deny landing.

Despite efforts to tackle unregulated fishing, the organization was caught in further criticism in 2019, when it was reported that the ICCAT ignored in the past the recommendation to reduce large harvester catch of tuna to 50,000 metric tons instead of 65,000 which is 30% more than suggested by scientists. The report highlighted many fishing loopholes and a lack of oversight in the overall fishing quotas.

Perhaps the biggest hurdle to the recovery of shortfin mako sharks is now the EU, which will allow ‘some parties to resume landing’, even after the passing of the ban. During 2020, the EU alone fished 74% of North Atlantic shortfin mako sharks while Spain surpassed its catch limit.

It is concerning what will become of the sharks in 2024 after the ban is lifted, and what will be the fate of the South Atlantic shortfin mako in the next two years, despite having scientists advise to limit catches.

Social media has become a major resource for young people learning about shark conservation and many are raising awareness of the population decline of sharks and other marine animals. The Project Fin Organization (@prjectfin) is passionate about ocean conservation and research, such as the problem of shark finning.

Project Fin understands the power of social media to better understand sharks and their importance to the ocean’s ecosystem. The organization tackles subjects like the great pacific garbage patch, recent shark killings in Rhode Island, and how sharks help coral reefs.

The fight to end unregulated shark fishing and prevent by catchings is far from over. For now, we can hope the fishing ban on North Atlantic shortfin mako for the next two years will be successful. Moving forward, a more comprehensive conservation plan to help recover other endangered sharks is still needed.

Whitehead K. (2020) ‘Why Are Sharks Important?’ Save Our Seas Foundation. Available at: https://saveourseas.com/why-are-sharks-important/ [Accessed December 9th, 2021] 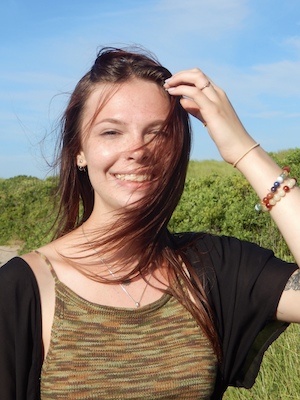