Tropical coastlines across the globe are protected by a dynamic relationship between three different ecosystemsㅡmangrove forests, seagrass beds and shallow-water coral reefs. Without these defences, shorelines are susceptible to coastal erosion, and biodiversity loss, and often face expensive reconstruction efforts. Ultimately, a holistic approach to conserving all three ecosystems yields the most long-lived results, both for people and coastlines.

Coastal ecosystems are extremely productive areas, providing significant ecological, economical, and biological benefits. In tropical regions, the structure of coastlines from the shore to the open ocean contains a complex symbiosis between three habitats: deeply entangled mangrove forests, sweeping seagrass meadows in the shallow coastal waters, and vibrant coral reefs that attract millions of tourists every year. All three are closely linked and depend on one another to maintain stable coastal environments.

Mangrove forests are wetland habitats which thrive in soft soils, consisting of halophyte trees that experience two tidal influxes of saltwater per day. Given the dense nature of the root systems and the skyward stretching upper canopy, mangroves create two unique ecosystems.

Within the canopy, an abundance of wildlife thrives, including monkeys, sifakas, spoonbills and herons. The submerged root system provides a nursery habitat for a range of crustacean and fish species, including gobies and sharks, which go on to inhabit neighbouring seagrass meadows and coral reefs once they have matured.

Mangrove roots also bind sediments together and capture leaf litter from the canopy above. This allows a muddy layer to build up, rich in fertile organic matter and directly associated with increased carbon storage capacity in nearby seagrass meadows. The roots act as a filtering system, reducing the amount of pollution from terrestrial runoff that reaches seagrass meadows and reefs, which is vital in maintaining clear coastal shallows for optimum photosynthetic rates in seagrass and the algal symbionts of corals.

Seagrass meadows also play a part in the binding of sediments, preventing silt, alluvium and dirt from smothering coral reefs in nearby waters. The grasses absorb nutrients from the water column, preventing the eutrophication of coral reefs, which are very sensitive to nitrogen levels, since an increase in nitrates can cause algal overgrowth.

The maturing fish that reside in seagrass meadows, such as snappers and groupers, eventually move out onto the reef, providing a constant source of repopulation to the reef habitat, whilst many other species use the seagrass meadows as feeding grounds, grazing on algae or the grass itself. This is particularly important for dugongs and manatees, as they rely on seagrass as their primary food source.

‘Lower levels of pollutants are vital in maintaining clear coastal shallows for optimum photosynthetic rates in seagrass and the algal symbionts of corals.’

Beyond the seagrass meadows lie the coral reefs, buffering the coastline from wave energy and harsh tropical storms which can decimate seagrass meadows. Many fish and crustaceans inhabit the reef releasing their larvae into the water column to settle within the seagrass meadows. This creates a continuous exchange of juvenile, adult and larval stages of marine organisms between the two ecosystems.

All three ecosystems are extremely bio-productive, with mangrove forests capturing and storing carbon at up to five times the rate of tropical rainforests, providing forestry products such as timber and honey, and protecting coastlines from the damage caused by intense storms.

Similarly, seagrass meadows are estimated to absorb and store around 83 million tonnes of carbon dioxide annually, and support fisheries with an abundance of speciesー40,000 fish species globally. Seagrass is also an important material in many island and tropical cultures; it is used to thatch roofs, stuff mattresses, weave baskets and fishing nets, insulate homes and fertilise fields of crops. A square metre of seagrass meadow produces 10 litres of oxygen per dayーeffectively acting as the lungs of the ocean.

In the Caribbean, population growth and rapid rates of coastal development due to increasing tourism to the area, have caused a dramatic decline in the health of seagrass meadows, which has knock-on effects on mangrove and coral reefs in the area.

In 2016, a study by the World Bank estimated the value of the Caribbean Sea to be approximately $407 billion (US) annually. This economic productivity is mainly driven by tourism, fishing and trade, all of which depend on the normal functioning of the marine ecosystem. However, seagrass beds are continuously removed to create ‘attractive’ tourist beaches, and damage from human activities has put pressure on the ecosystem, thus impeding its ability to withstand natural pressures such as disease outbreaks and adverse climatic conditions.

The removal of these ecosystems has ultimately caused a reduction in local fish and crustacean populations, which support thousands of locals across the region. Reefs, which were once thriving with fish communities, are now desolate wastelands, overgrown with algae. Neighbouring seagrass meadows have been ripped out in the name of development, to create perfectly groomed beaches for tourists. Feet trample the remaining meadows, and suncream from swimmers pollute the water, adding to the huge volume of waste produced by hotels and resorts, which further damages the local marine environment.

The largest herbivorous fish in the Atlantic, the Rainbow Parrotfish, has become locally extinct in regions of the Caribbean sea due to the removal of mangroves, having a knock-on effect on the entire ecosystem; these fish remove a huge quantity of algae from reefs, mangroves and seagrass beds, preventing algal overgrowth.

Restoring the natural coastal ecosystem is of utmost importance in order to reduce further damage to both the environment and the economy of Caribbean countries. However, regenerating the natural ecosystem and regaining the balance between healthy seagrass meadows, reefs and mangroves is a large task which requires vast amounts of funding, research, time and support from both local communities and larger stakeholders.

Many initiatives are underway, such as Project Seagrass and Seacology, which aim to restore the synergy between reefs, seagrass and mangroves and enable locals to return to their traditional fishing practices and ways of life. Despite the large amount of work required, the results are undeniably worth it; cleaner waters, an abundance of fish, reduced damage from storms and free protection of existing coastal developments, all come as benefits of a healthy functional marine environment.

‘Many initiatives are underway … which aim to restore the synergy between the ecosystems and enable locals to return to their traditional fishing practices and ways of life.’

Besides reseeding reefs and seagrass beds, management of these coastal areas is the next restorative step that must be taken. The establishment of marine protected areas (MPAs) provides safe zones for marine life to rejuvenate. However, simply expanding the area covered by MPAs in the region is not enough. Strict monitoring of the areas must be implemented to prevent illegal fishing and other damaging actions.

A Belizean fish population study found that mangrove forests have a strong influence on the population structure of fish communities on neighbouring reef systems. The populations of multiple fish species, heavily relied upon by local fisheries, doubled when mangroves and reefs nearby were restored to optimal health. This study highlights the nuanced importance of strategic placing of MPAs, focusing on both nursery grounds and habitat corridors.

The Glover’s Reef Marine Reserve, 28km off the coast of Belize, harbours the largest reef in the western hemisphere and is an example of a successfully managed MPA. Established in 1993, the MPA had an immediate effect and due to the rare ecosystems found within the reef atoll, UNESCO named it a World Heritage Site in 1996.

The MPA has been successful due to its collaborative management involving local fisheries, an advisory committee, stakeholders and the Wildlife Conservation Society NGO. The site is patrolled by rangers who deter prohibited and illegal practices, and this has proven effective ーconch and lobster populations have increased, along with a multitude of other indicators that the ecosystem is healing.

‘The populations of multiple fish species, heavily relied upon by local fisheries, doubled when mangroves and reefs nearby were restored to optimal health.’

Protecting similar ecosystems across the globe is of utmost importance, as the effects of climate change continue to impact and change our lives; to mitigate this we must integrate economic, environmental, and cultural aspects to achieve stable ecosystems which can thrive in balance with human activities. 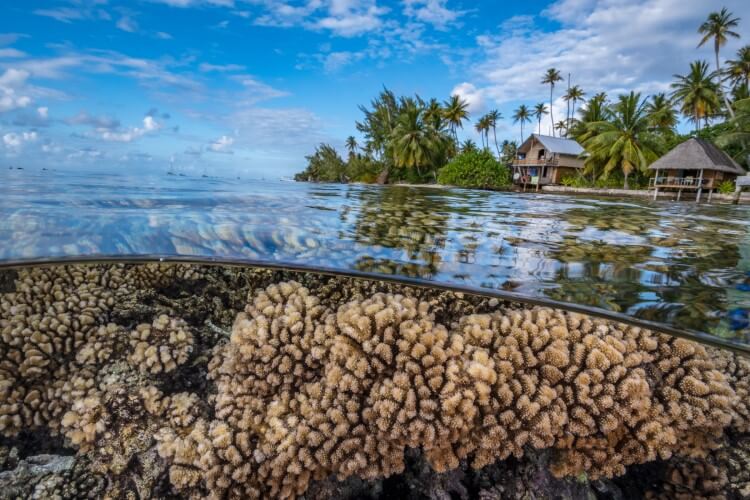 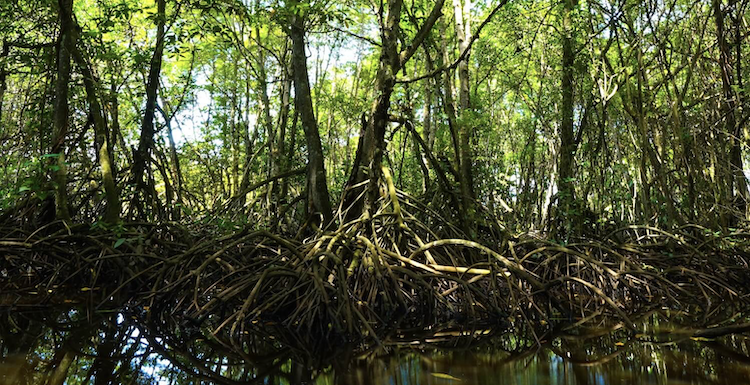