Survey-based data collection has suggested that negative public perception towards wildlife trade, exotic wildlife consumption and bats has significantly increased. 46% of participants believe that disease transmission due to close contact between humans and exotic wildlife will continue to cause future pandemics.

It has been nearly one-and-a-half years since what most of us thought would be ‘some isolated virus in China’ has turned out to devastate the entire globe. Since its first case in Wuhan, China, COVID-19, also known as the Severe Acute Respiratory Syndrome Coronavirus-2 (SARS-CoV-2), has spread to 223 countries and territories.

‘They are all suspected to have originated from animals.’

Zoonotic diseases are viruses, bacteria and pathogens which are transmitted from animals to humans during close contact. It is believed that 60% of emerging infectious diseases are zoonotic in nature—whilst researchers estimate that a further 650,000 to 840,000 existing zoonotic pathogens have not yet crossed from their animal hosts into humans.

Instances where transmissions tend to occur have been traced back to activities such as wildlife trade, wildlife consumption and even habitat destruction. Many studies have evidence indicating that bats may act as a natural reservoir for SARS-CoV-2-like viruses, as coronavirus samples taken from a horseshoe bat showed to have a genome that was 96% identical to the SARS-CoV-2 virus currently spreading through humans.

However, bats are not the only source of zoonotic viruses, as SARS-CoV has also been identified in civets and pangolins sold in Chinese wildlife markets. Even the Ebola virus is thought to have been transmitted to humans when people handled and consumed infected wildlife carcasses, particularly those of apes.

How has COVID-19 affected public perception towards wildlife markets?

A WWF survey conducted in China, Myanmar, Thailand, Vietnam and the United States, one year on from the onset of the COVID-19 pandemic, found that 30% of questioned participants have significantly decreased or stopped consuming wildlife products due to the pandemic.

In all five surveyed countries, 85% of participants said they would support government action to shut down wildlife trade and 88% supported the stopping of deforestation. Two months after the initial outbreak of COVID-19, the Chinese government imposed a nation-wide ban on the consumption of wildlife products. In the WWF survey, 91% of the Chinese participants agreed that this would be an effective measure to stop future pandemics.

Another survey questioning Chinese participants with a higher education, conducted by Manman Lu and colleagues in August 2020, found that negative attitudes towards bats significantly outweigh positive attitudes. In the nine months since COVID-19 began and the time they were interviewed, the negative attitude towards bats increased by 14.7%. The team also found that those who exhibited this view are also more likely to support ecological culling and less likely to support bat conservation efforts.

Overall 93.8% of the participants still opposed human consumption of bats and bushmeat, likely due to the fact that the majority of the participants believed that it is bats that are highly likely to be responsible for the outbreak of COVID-19. The results from both surveys show a contrast between the negative attitude towards bats, in a rare culture that has actually praised them in the past.

Although the majority of the public believes that bats are responsible for the COVID-19 outbreak, there has been no proof of a direct link between the two. The coronavirus exhibited in bats may have a similarity to SARS-CoV-2, but there is no evidence that it was bats which transmitted SARS-Co2-2 to humans, nor that they carry this specific virus themselves.

This shows how the media can distort public perception; skewing statements such as ‘bats may be a natural reservoir for harboring SARS-CoV-2-like viruses’ to ‘Chinese man in Wuhan ate bat soup and caused the outbreak of COVID-19’.

Bats: another victim of the COVID-19 pandemic

Public perception is often detrimental towards conservation efforts, as for them to work in the long term, one needs the support of its local people. Bats are vital ecosystem services, acting as insect controllers, pollinators and seed dispersers.

In general, bats have not always had the best reputation amongst humans. From their unique but perhaps not-so-pretty appearance, to their role in deep-routed vampire folklore and blood consumption—they are commonly not someone’s favorite animal.

However, as most other wild animals, the survival of bats is at risk due to habitat destruction, hunting and even wind energy production. Thus, convincing people on their ecological importance has proved not to be the easiest task—particularly now since they are believed to be the ‘culprit’ of the COVID-19 pandemic outbreak.

In the past, smaller disease pandemics—mostly those of which have affected livestock—have attempted to be controlled via ‘ecological culling’. This is the complete destruction of the vector (i.e. animal) thought to be transmitting the disease and thus hindering any further uncontrolled spread. Since the start of COVID-10 some regions in China and Indonesia have implemented this strategy.

These practices are injurious to wildlife conservation efforts! Bats are a very diverse group of animals, containing around 1400 known subspecies. One thousand of these species are under threat, requiring both conservation efforts and more research. Ecological culling practices would result in the destruction of a species that has not been proved to have caused the pandemic, aside from the fact that most of the bat species likely do not even harbor a coronavirus.

Illegal wildlife trade is not the only market policies should focus on in order to prevent future zoonotic pandemics. An animal is an animal, whether it is deemed a ‘legal commodity’ or not. A pathogen cannot and will not distinguish between the two.

The United States, for example, does not have specific laws on surveying wildlife products which enter the country; so, most imports are not tested for disease presence. The United States Department of Agriculture only imposes disease checks if there is a prior risk believed to be associated with agricultural livestock products.

Wet markets, such as the Wuhan market in China, where COVID-19 is believed to have originated, mostly sells non-domesticated, legal wildlife products. It is the lack of hygiene regulations in these markets which foster an ideal environment for disease transmission.

‘A pathogen cannot and will not distinguish between the two.’

National Geographic Journalist, Jonathan Kolby, described how approximately 200 million live animals are imported legally into the US each year. His experience as a past wildlife specialist and policy advisory for the Fish and Wildlife Service, showed him that although there is much focus on regulating the volume of illegal international wildlife trade imports—often enough the zoonoviruses which enter the country via legal products go unnoticed.

Legal wildlife trade is also a much larger market than illegal trade. While illegal Wildlife trade generates a revenue of $7 to $20 billion annually, being the third most expensive illegal market after drugs and weapons trade, the monetary value of the legal wildlife market is up to four times that, meaning it poses four times the threat.

Increased commercialization of wildlife allows larger scale and faster disease transmission. Data collected which observed the animals present in illegal wildlife trade, found that 88% of these species matched those which are listed as possible vectors in the zoonotic disease datasets. Thus, Clean Trade programs should be encouraged, so that imported wildlife products must also be accompanied with a health certificate, as is in the case for imported livestock.

How can we prevent another global zoonotic pandemic?

Addressing how we currently conduct land-use change and wildlife trade will not only impact future disease transmission, but also a whole array of other environmental issues. Whilst many governments, such as China, believe a nationwide shutdown of wildlife markets is the way to go, some policymakers believe that shutting down in-person markets will just push them online to the dark web, where trafficking activity is even more difficult to trace.

Additionally, a ban of all markets could undermine human rights and risk exacerbating poverty, as many of these markets are legal. Wet markets are simply a place where fresh produce is sold and should not be synonymized with wildlife trade, as these are mostly associated with illegal activity. Millions of urban and rural people rely on wet markets for their food and livelihood.

Whilst wildlife trade gives products to the elite class—an aspect of the trade which should be banned—it offers food security to some of the country’s poorest people. Many rural communities, even indigenous groups, rely on selling and consuming wildlife products, as well as forest flora products. Thus, an overall ban could push people out of these jobs and achieve the opposite effect by increasing means to survive through illegal measures.

‘When it comes to decisions on policies to do with these issues, it is vital to have the democratic engagement of locals.’

People should have the right to own, manage and use their traditional lands in a sustainable way. Instead of banning wildlife trade completely, indigenous communities should be used as examples of how they have traditionally used their lands for thousands of years. Sustainable wildlife trade can increase incentive for locals to protect their local biodiversity, as its health is vital to keep the trade going.

Whilst heavy regulations should be introduced into wildlife trade, it is important to include locals in the discussion and have their voices heard. Meetings should be held to spread awareness on the consequences of uncontrolled wildlife trade, biodiversity loss and how zoonotic diseases spread. When it comes to decisions on policies to do with these issues, it is vital to have the democratic engagement of locals—introducing voting on possible policy changes and hearing the advice of indigenous leaders.

Partnerships should be introduced between local communities, the private sector and the government in order to implement measures to prevent and control future zoonotic disease outbreaks. Whilst introducing COVID-19 recovery funds should occur at a local level, international collaboration between governments is key to isolate a potential future pandemic.

Collaboration and the sharing of data is much more important than competition for which country releases a successful vaccine first.

Kolby J. (2020) ‘To prevent the next pandemic, it’s the legal wildlife trade we should worry about.’ National Geographic. Available at: https://www.nationalgeographic.com/animals/article/to-prevent-next-pandemic-focus-on-legal-wildlife-trade [Accessed June 30th 2021] 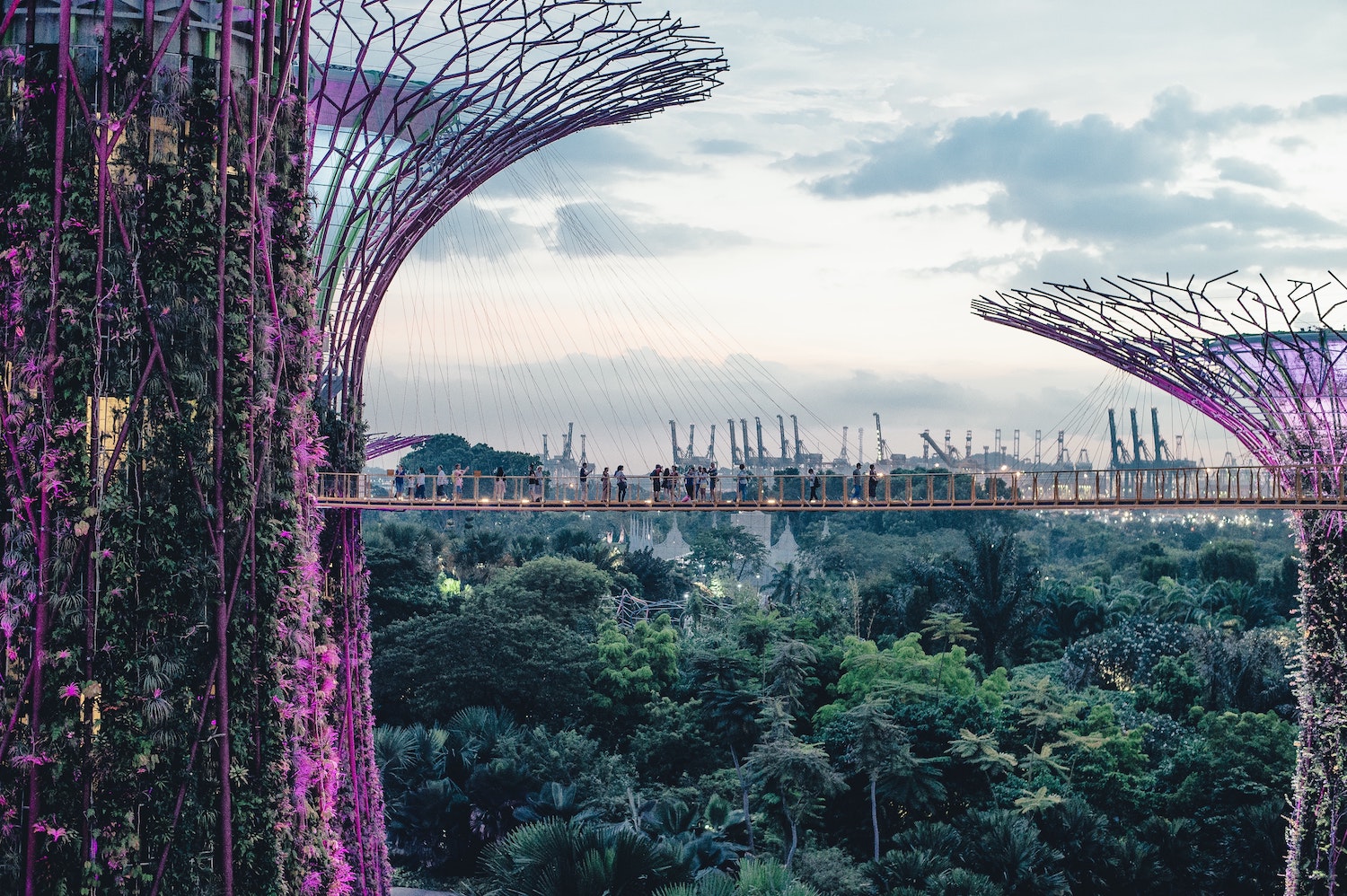 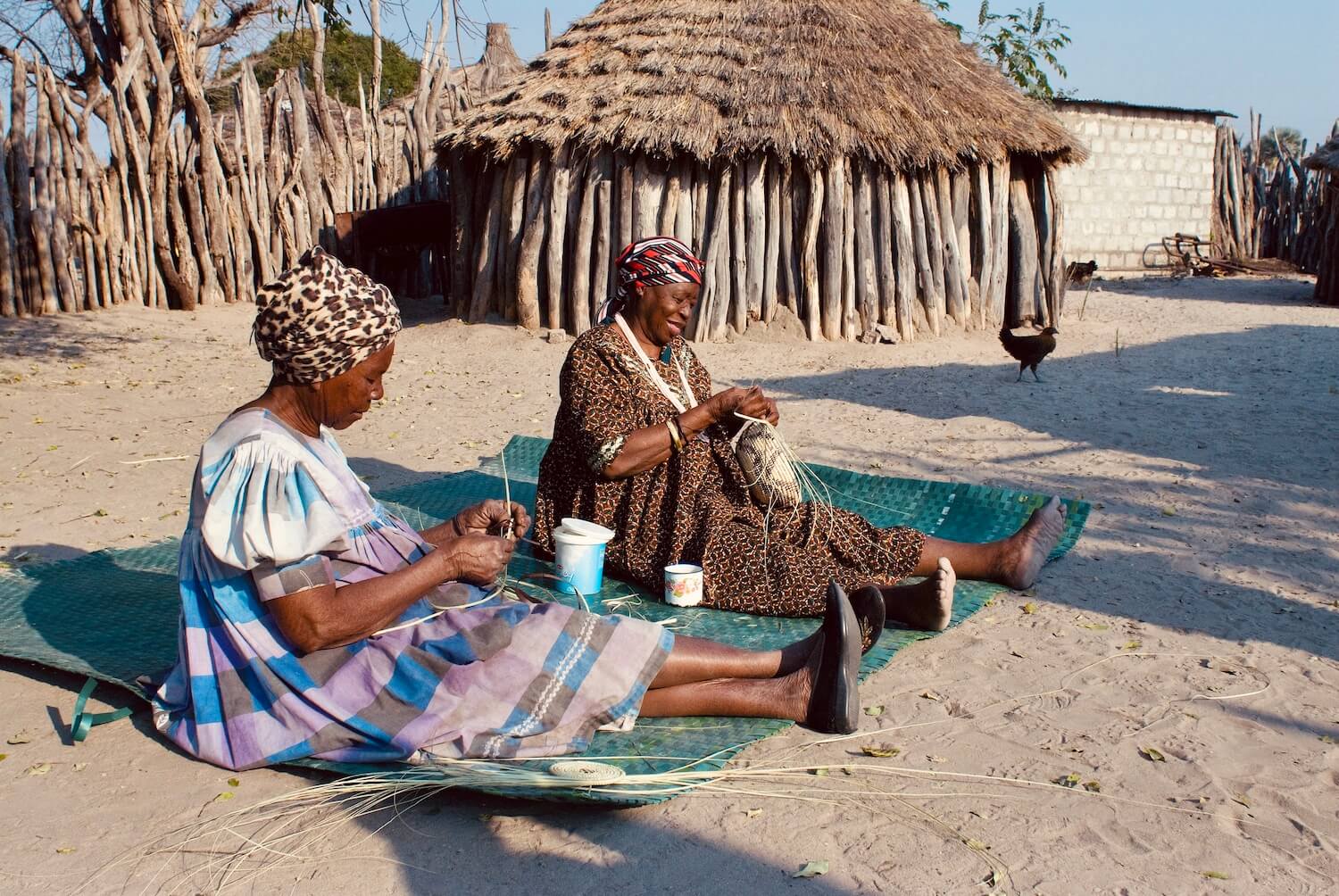