Even though conservation agriculture seems to be the solution to the adverse environmental effects of agroecosystems, socio-economic and political factors impede its successful adoption. This is most evident in developing countries, where access to financial capital and human resources is limited, depriving farmers of converting their systems into more sustainable ones.

Attempting to reduce the environmental impact of agriculture, conservation agriculture (CA) has become an alternative for farmers to increase the sustainability, biodiversity and resilience of their agroecosystems. The latter refers to farms and similar settings that produce agricultural goods. According to the Food and Agriculture Organisation (FAO) of the United Nations, CA is a farming system that has the ability to prevent losses of arable land while simultaneously preventing soil erosion.

CA is different from conventional farming, which is mostly moved by capital because it takes into consideration preserving soil erosion and the system's biodiversity. Conventional agriculture tends to be on large areas of land and the agricultural practices tend to be very aggressive to the soil. On the other hand, CA promotes the maintenance of a permanent soil cover to prevent soil erosion, which helps conserve it. It minimizes soil disturbance caused by machinery and helps diversify plant species.

CA allows for an enhancement in the soil environment which contributes to increased water and nutrient use efficiency. The combination of these factors permits a more sustainable crop production. Therefore, CA has become the baseline of sustainable agricultural production given that it allows for the integration of different production sectors, such as crop-livestock-trees-pasture integration, which mimics nature itself.

It seems that CA could be the solution to some of the world’s major issues such as malnutrition, soil degradation, greenhouse gas emissions, poverty, agricultural waste, amongst others. This is because the advantages of CA can be seen from a global to a farm level. These include enhanced biodiversity, increased carbon sequestration, increased yields, healthier soil systems and sustainability.

Although the concept of CA has been known for a long time, only recently it has become implemented around the world. Its recent increase in popularity comes from its applicability to combat climate change in a wide range of landscapes and settings. CA is also known as climate-smart agriculture, given that it can increase the agroecosystem’s resilience and adaptation to the adverse consequences of climate change. However, studies have shown that the response of a CA system in response to climate change and industry variability will vary by location, implying that CA may not be universally applicable as some literature suggests.

Since CA is a farming style that mimics nature, its results will most likely be observed in the long term, similar to natural processes themselves. Therefore, it may not be an immediate solution to the climate crisis. If CA would have been adopted 25 to 30 years ago, now would be the time to start seeing those results. Given the severity of the global climate crisis in which we find ourselves today, relying solely on CA may seem unrealistic. Nonetheless, studies have demonstrated that the adaptation of the principles of CA philosophy into the local conditions of each agricultural management practice, climate zone and geographical region will make a difference.

The adaptation of CA in agricultural systems developed in vast territories of land has been successful, primarily because these farmers have modern science as an ally, referring to sophisticated machinery, agrochemical and biotechnology. In contrast, smallholder farms often show disappointing results, especially in developing countries.

Studies have repeatedly demonstrated that developing nations are the most susceptible to climate change catastrophes and are currently suffering its effects with little to no support from their governments. This suggests that financially stable farmers are more likely to adequately and easily adapt their fields to climate change than those who are not, which is also a reflection of the economy within which they operate. Thus, the massive adoption of CA has occurred solely in a certain number of regions.

The Southern Cone of South America (Argentina, Brazil, Chile, Paraguay and Uruguay) is one of these regions to successfully adapt. This can be credited to the collaboration of different parties, i.e., industry, government, research centres, extension services and farmer associations. This serves to demonstrate that interdisciplinary collaboration is crucial for prosperous climate change mitigation projects.

CA is not merely an agricultural adaptation; it requires the participation and understanding of diverse stakeholders to overcome the limiting factors. Researcher Dr. Alicia Speratti suggests that this can be achieved through the combination of innovation, extension, positive incentives, policy and social capital. These combined efforts need to consider the rising climatic variability, natural resource scarcity and economic instability. The biggest challenge is the successful adaptation of smallholder farming systems, such as those in sub-Saharan Africa, South Asia, the Caribbean and sectors of Latin America.

According to Speratti, there are four main categories of limiting factors in Latin America: (1) socioeconomic constraints, (2) lack of machinery and tools, (3) crop-residue trade-offs, and (4) agronomic knowledge constraints. Socioeconomic constraints include limited access to financial capital and credit opportunities, inability to take risks, and land tenure. Lack of machinery and tools refers also to manual labour and locally available mechanization solutions.

Crop-residue trade-offs pertain to mixed agricultural systems that have both crop and livestock integrated, which can be beneficial but implies a heavy workload. Lastly, there are limited extension programs that work with the local farmers, making it harder for them to adapt the CA principles to different agro-ecological and climatic conditions. Another important factor is the reluctance to change of many farmers, given their attachment to traditional practices, mindsets, and behavior.

Socioeconomic constraints are of particular importance for smallholder farms, being the most significant limitation for the adoption of CA. For indigenous farmers in Mayan communities, the implementation of more sustainable practices is affected by the reduction in land availability. Due to the lack of indigenous representation within the government and that most of the land is owned by the state, their sacred forests are being cleared for the expansion of conventional agriculture. Therefore, they must make the most of the few lands they have access to, which may not necessarily imply the most sustainable practices.

Another example of economic constraints is seen in Bolivar, Ecuador, where food insecurity is aggravated by inconsistent rainfall and steep topography. Landslides have become frequent and leave the soil bare, thus promoting soil erosion. Farmers are forced to cultivate these lands, further exasperating soil erosion. Without financial resources at their disposal, these farmers do not have alternatives. They must work with what they have.

Areas lacking financial resources must be incorporated into incentive programs because the benefits of soil conservation and biodiversity that come with CA may improve their production and quality of life. This requires institutional efforts, social capital and willingness from the government to help these sectors. Currently, research centers and national institutions such as CIMMYT (Centro Internacional de Mejoramiento de Maíz y Trigo) and INIFAP (Instituto Nacional de Investigaciones Forestales y Agropecuarias) are working towards this goal.

Limited financial resources result in a lack of or insufficient access to agricultural machinery and labor. For example, no-tillage machinery is expensive and on top of that, it is mostly suitable for farms larger than 150 hectares, which is not the case for smallholder farmers. The conversion of the available machinery to meet their requirements also requires capital, which prevents them from adopting new technologies.

An industrial effort is leaning towards the development of small-scale agricultural machinery to meet the needs of these farmers, and with it, to facilitate the adoption of CA. However, this requires the collaboration between state and local governments with both public and private manufacturers.

This has been the case in Parana, Brazil, where the local government has promoted the successful conversion to CA systems. Leaving crop residues on the ground to promote soil conservation is one of the pillars of CA. However, smallholder farms cannot afford to do this because by selling them for animal feed they are able to supplement their income. Other practices such as slash-and-burn (the process of clearing land for cultivation by the removal and burning of native vegetation) and communal grazing also prevent farmers from retaining crop residue.

Nonetheless, a sector of farmers has adopted this technique and have found that it improves water infiltration and soil moisture retention. This is especially relevant in water-restricted environments and can make a significant impact on the yield. Thus, farmers have become advocates within their communities to encourage other farmers to do the same. By raising awareness of the benefits of leaving crop residue and communicating it to others, more and more farmers are adopting this technique regardless of the possible economic losses that it may seem to bring them.

The adoption of CA is highly complex and it must be tailored to the specific conditions of each farm and administrator. Mainly, socioeconomic and political issues have a greater weight in terms of the difficulty in the adoption of CA when compared to environmental ones. Even though its principles have universal application, the methods of their adaptation are not. It goes beyond enhancing agricultural practices, it requires the participation of multiple sectors of society.

They must all share the same philosophy and be socially, economically and environmentally aware. To overcome the complexity, a diverse and wide range of professionals must come together. Strengthening the relationships and collaboration of stakeholders and directing attention to local socio-economic and political impeding factors can enable successful CA adoption, even in the most remote places on Earth.

Derpsch R., Friedrich T., Kassam A. and Hongwen L. (2010). Current status of adoption of no-till farming in the world and some of its main benefits. International Journal of Agricultural Biology Engineering. Volume 3, pages 1-26.

Su Y., Gabrielle B. and Makowski, M. (2021). The impact of climate change on the productivity of conservation agriculture. Nature Climate Change. Volume 11, pages 628-633. 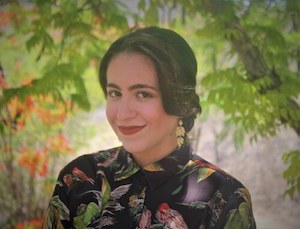 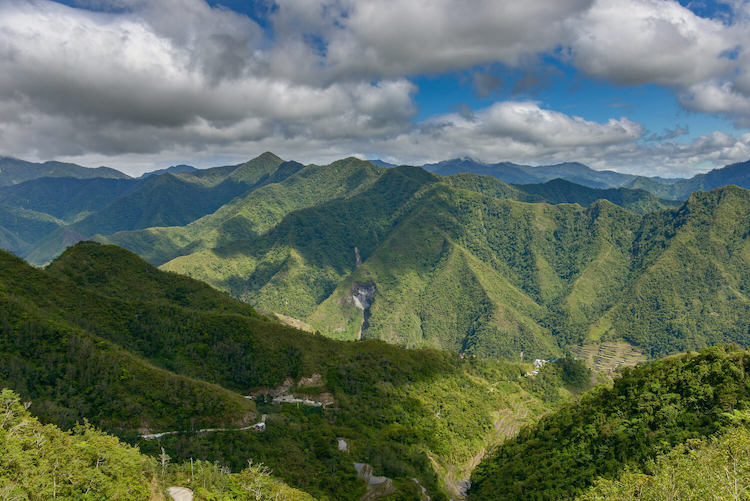 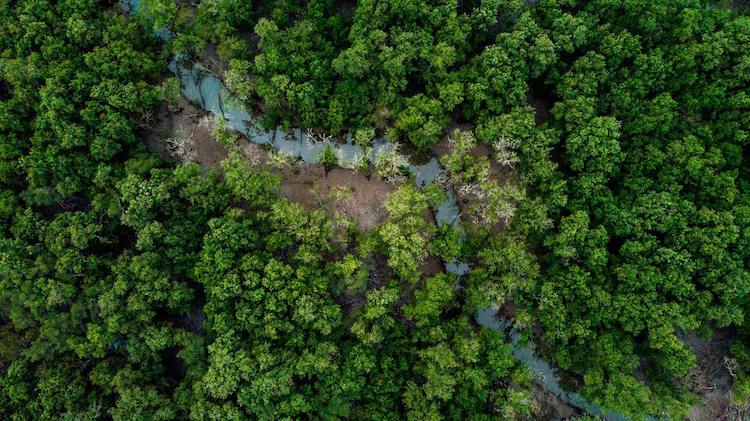