The doors are closing on the Ethiopian wolf

The Ethiopian wolf is an endemic canid species found only in a few small pockets of the Ethiopian mountains. The species has been in rapid decline for decades, but new modelling projections have predicted almost definite extinction within the next two decades if climate change-induced threats are not abated.

In the dusty mountains of Ethiopia, amongst the dry scrub and baked rock, a remarkable species of wolf is scrabbling at survival. The rarest canid on the planet, the Ethiopian wolf, is facing a bleak future following years of habitat loss and population decline.

They are known locally as ‘ky keberos’ㅡred jackalsㅡand can be found in the scrubland and afro-alpine grasslands of Ethiopia, though the chances of seeing one are increasingly slim as the population is seeing a rapid decline.

‘The Ethiopian wolf is facing a bleak future following years of habitat loss and population decline.’

Unsurprisingly, climate change is the main culprit behind the decline of this species, although agricultural expansion is another large and growing threat, pushing the wolf populations higher into the mountains.

Overgrazing by livestock has detrimental effects on grassland flora diversity, which has knock-on impacts up the food chain and makes it more difficult for large predators such as the Ethiopian wolf to hunt.

Another threat to the species is the spread of disease; as their natural habitat shrinks, the wolves are forced into closer contact with human settlements, causing increased human-wildlife conflict and risk of rabies spread from domestic dogs.

Thirty percent of the population has been lost to epizootics of both rabies and canine distemper, which could have been avoided if sufficient habitat remained intact to support the wolves.

It is estimated that there are only seven remaining enclaves of Ethiopian wolves left in the country, restricted to small territories in the Bale and Arssi mountain ranges in the southeast, and the Gojjam and Simien mountains in the north of Ethiopia. The wolves live in territorial packs, displaying clear dominance hierarchies and hunting the many rodent species found in the alpine grasslands.

‘Only seven remaining enclaves of Ethiopian wolves are left in the country.’

Naturally, Ethiopian wolves hunt cooperatively in packs, however the large decrease in number has seen pack sizes dwindle in recent years, with many individuals observed hunting alone. Only 366 wild individuals are thought to be alive today, according to the International Union for the Conservation of Nature (IUCN) red list, with numbers continuing to decline.

Due to the loss of a large proportion of the population, inbreeding is also a concern, causing birth defects and detrimental phenotypes in highly inbred offspring. The fragmentation of habitat only amplifies this risk, and increased mixing of surviving packs is vital to maintaining a viable gene pool.

A study conducted by researchers from Haramaya University aimed to predict the suitability of current and future habitats for the Ethiopian wolf, under projected climate change parameters for 2050 and 2070.

Results showed that habitat quality will decrease significantly under climate change; it is estimated that currently, 9.4% of Ethiopia’s land area is potentially suitable for the Ethiopian wolf to inhabit, however, this is likely to be completely lost by 2070, predicting the extinction of the species.

‘9.4% of Ethiopia’s land area is potentially suitable for the Ethiopian wolf to inhabit, however, this is likely to be completely lost by 2070.’

Due to the already limited population size, genetic viability is on the edge of insufficient, meaning the species may be functionally extinct much sooner. Losing the Ethiopian wolf would cause a multitude of negative impacts; as an apex predator, they play an important role in controlling prey populations within their ecosystem. This is on top of being an endemic species, which has traditional and cultural value to the people of Ethiopia.

Conservation solutions include creating alternative incomes for local communities, to reduce the need to expand subsistence agriculture into Ethiopian wolf habitat. The African Wildlife foundation is working to improve accommodation and infrastructure in the Simien Mountains National Park, aiming to increase revenue from community-operated tourism. This provides stability and income for many locals whilst increasing awareness of local fauna and flora and the importance of protecting it.

The African Wildlife Foundation has also enlisted locals as ‘wolf ambassadors’, who play a vital role in monitoring and protecting wolf populations, inhibiting predation of livestock by wolf packs, and carrying out vaccination programmes of local dogs to reduce the risk of rabies to the wolf populations.

Despite these positive acts, the future of the Ethiopian wolf will remain fragile and unstable unless the larger threat of climate change is addressed. Without sufficient and prompt mitigation, climatic changes may well see off this species by the end of the century, which would be a loss to both local ecosystems, communities and the global diversity of life on earth. 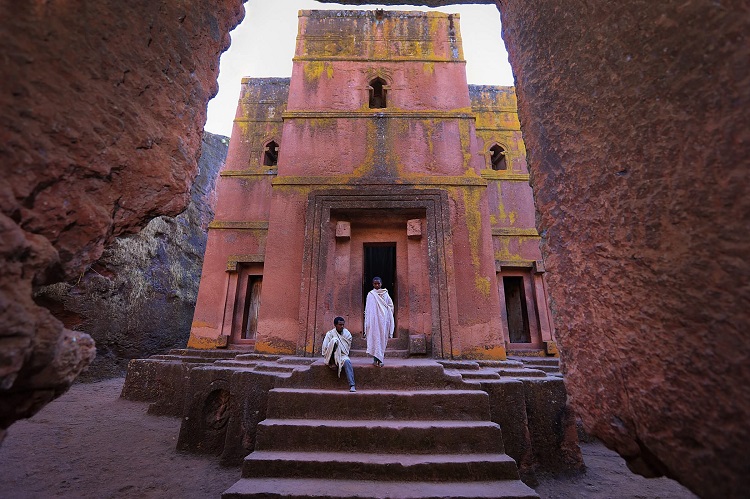 Indigenous traditional medicine knowledge is at risk of disappearing