The Adriatic Sea is arguably known for two key aspects: beauty and safety. In fact, it is extremely rare that deadly aquatic creatures lurk within the deep turquoise waters bordering Croatia. Do not worry—lethal jellyfish species such as sea wasps (Chironex fleckeri) and fire jellyfish (Morbakka fenneri) are very uncommon.

Nonetheless, the occurrence of an interesting phenomenon has been increasingly frequent: exotic jellyfish are being spotted across the Croatian coastline. On June 13th 2021, some divers noticed an individual mauve stinger (Pelagia noctiluca) jellyfish bobbing around in the south of the country’s Istria region. Although this event was deemed bizarre, consider the fact that this jellyfish is not even on the International Union for Conservation of Nature (IUCN) Red List.

Also known as the purple stinger jellyfish, the venom-filled stinging cells (cnidocytes) of this species—although not fatal—are known to cause severe pain and whip-like burns across the contacted area. The resulting topical skin lesions are accompanied by localized pain that lasts for approximately two weeks.

Importantly, the mauve stinger was not the only recent surprising find in Croatia. On October 10th, 2021, scientists from the Split Institute of Oceanography and Fisheries saw a compass jellyfish (Chrysaora hysoscella) near the town of Trogir. The bell of this jellyfish species can have a diameter of 30 centimetres, while the tentacles can reach up to a remarkable one metre in length. Notably, the Croatian scientists admitted that they had never before seen such a big specimen.

‘Based on these two recent exotic jellyfish sightings, one may wonder how these jellyfish species ended up in Croatian waters, and whether their increased presence could be expected in the future?’

Based on these two recent exotic jellyfish sightings, one may wonder how these jellyfish species ended up in Croatian waters, and whether their increased presence could be expected in the future? The short answer is that the effects of globalization may be normalizing these unexpected occurrences. The long answer will be elaborated on in the following paragraphs.

It is first important to acknowledge that the mauve stinger is normally found in the subtropical waters of the Gulf of Mexico and the Mediterranean Sea, while the compass jellyfish is most common in the coasts of the northeast Atlantic Ocean. However, both species are known to appear in specific areas of the Mediterranean Sea from time to time, without having devastating effects on ecosystems or humans.

Considering these geographic ranges, is it normal that the two jellyfish species are periodically found in the Adriatic Sea? Once spotted, do scientists consider the presence of these two species a threat to the surrounding environment? Are unpredicted appearances of species always a problem?

One can immediately associate an unexpected arrival of a species with other words such as ‘foreign’, ‘extraterritorial’, ‘exotic’ or ‘invasive’. The latter term has gained significance within scientific literature in recent years due to the surge in research concerning the relationship between globalization, climate change and the migration of non-indigenous species, also known as invasive alien species.

Invasive alien species include any living organisms, such as jellyfish, that migrate into a non-native environment or ecosystem, in which they ultimately cause harm; moreover, the term ‘invasive’ suggests that these species reproduce rapidly and spread aggressively (NWF, 2021).

To grasp this, here is a simplified sequence of events that leads to the spread of invasive species. Resulting from globalization, the intensifying worldwide interaction between individuals and groups trigger species to enter non-native environments intentionally or unintentionally; here, invasive species often outcompete native species due to superior biological adaptations; populations of indigenous species are endangered or go extinct, and the ecosystem is put under pressure.

‘One can immediately associate an unexpected arrival of a species with other words such as ‘foreign’, ‘extraterritorial’, ‘exotic’ or ‘invasive’.’

Research demonstrates that invasive species typically colonize new territories and expand their niche space because of changes occurring in their natural habitat. Therefore, it can be argued that pressure (e.g. rising sea temperatures) in one environment can trigger further pressure and damage in another environment.

The stressful effect of invasive species on ecosystem function can also impact economies and human health. For example, one study shows that invasive species are a prevalent threat to global biodiversity levels and human well-being because they outperform native species to gain resources (e.g. food and space) and act as vectors for disease.

Fortunately, Croatian locals and visiting tourists do not have to worry about a jellyfish-activated pandemic—at least for the time being. The occasional sighting of one individual or a small number of individuals of a species typically does not trigger a full-blown invasive event. However, if locals suddenly begin to discover and record jellyfish blooms of the mauve stinger or the compass jelly, this could be an indication of a more significant environmental fluctuation or change.

Similarly, blooms of Pelagia noctiluca were frequent in the Mediterranean Sea between 1978 and 1981. This actually resulted in the first international workshop by the United Nations Environment Programme (UNEP) in which monitoring of jellyfish blooms was made mandatory.

Now that invasive species have been briefly explained, and the geographic distribution and chronological presence of the compass jellyfish and the mauve stinger have been mentioned, one central question remains: are these two jellyfish species considered invasive in the Adriatic Sea?

‘Therefore, because there are no records of these two species threatening or destroying the regional marine life, it is safe to say that, for now, neither of the two jellyfish species are invasive.’

Based on the first three of these sub-questions, one can assume that the compass jellyfish and the mauve stinger are invasive species; however, the answer lies in the response to the last question. Therefore, because there are no records of these two species threatening or destroying the regional marine life, it is safe to say that, for now, neither of the two jellyfish species are invasive.

It is crucial to keep track of future jellyfish blooms or sightings of the compass jellyfish and mauve stinger to avoid potentially disastrous consequences (e.g. an extinction event of an indigenous species). As for now, it will suffice if both Croatian locals and visiting tourists are informed about the threat of invasive species.

Now that you know to avoid the oral arms of the compass jellyfish and the mauve stinger, you can safely enjoy observing them if you happen to see an individual floating around in the Adriatic. If you are lucky enough to experience this, you can also contact the local authorities to discover whether perhaps you have seen the biggest jellyfish of these two species to date in Croatia. 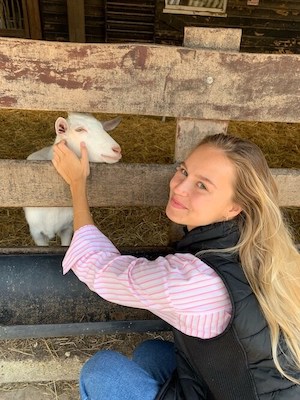 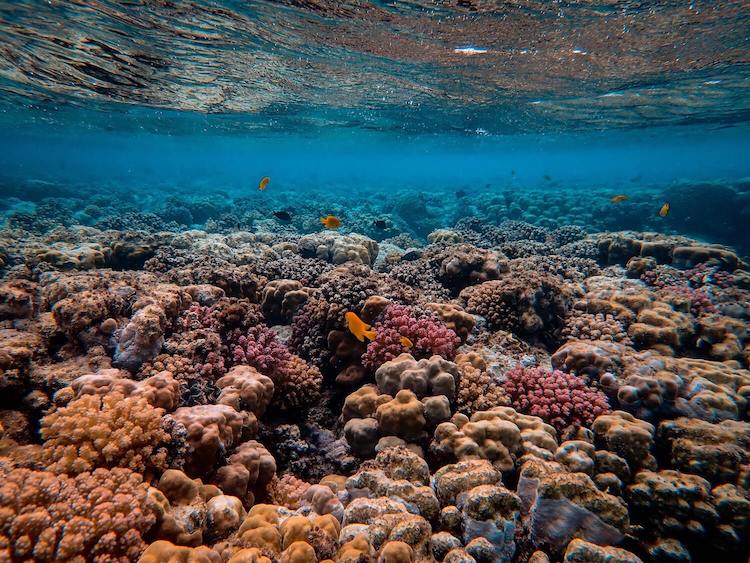 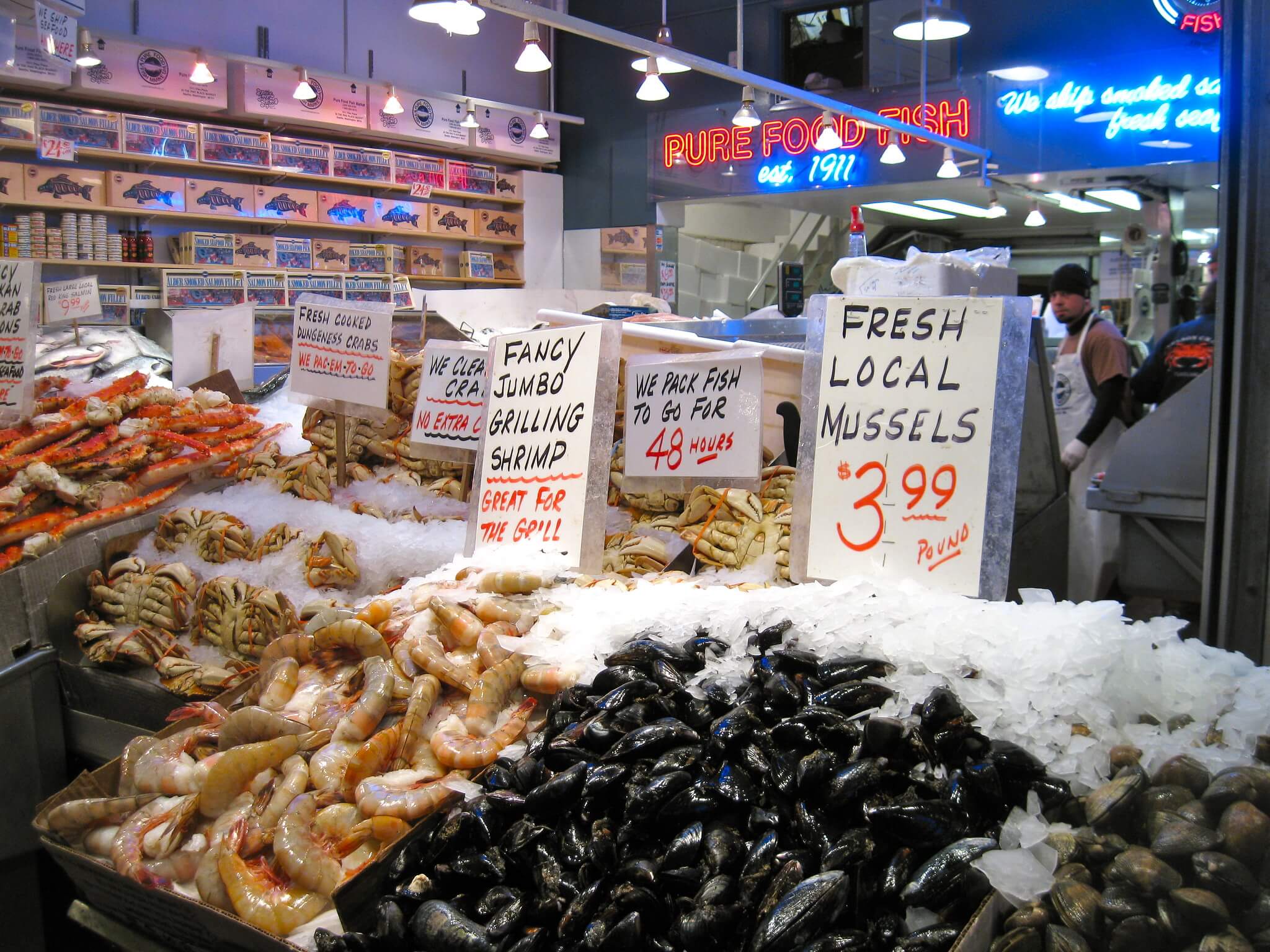 Sustainable Food Systems: What, Why and How?