Home to over a quarter of the world’s marine life, coral reefs are some of Earth’s most diverse and beautiful ecosystems. Some 1500 species of fish, 4000 mollusc species and six of the seven sea turtle species rely on these innate and complex underwater structures for shelter, food and protection.

Corals also provide homes for animals, offering them a safe space to reproduce and raise their offspring, similar to protective mangrove forests and seagrass beds, which act as nurseries for young aquatic organisms.

The vital role of coral reefs is not only limited to aquatic life, however. Aside from the vast revenue from fishing and recreational opportunities, coral reefs provide coastlines with crucial protection against storms, tsunamis and erosion, by reducing the power of the waves by 97%.

Additionally, with the rise of antibiotic resistance and an increasing amount of medications becoming less effective over time, pharmaceutical scientists have extended their search into the ocean for new treatment methods. Coral reefs, in particular, have become a ‘research hotspot’ in the search for novel compounds which can be extracted to develop medical drugs. Extracts from some reef-inhabiting plants and animals have already been used in successful pharmaceutical products which have treated asthma, cancers and heart disease.

Despite the ecological enrichment and socio-economic support these organisms provide, corals are under significant threat. Whilst some of these risks are natural, such as those from predation, storms and disease, the most drastic threats have been attributed to human activity.

A recent discovery has linked growth anomalies (GAs), a disease laguing coral reefs in Hawaii, with destructive human activity. These tumour-like lesions result in irregular growth of the coral skeleton and soft tissues, such that the coral structure becomes less dense and porous.

Although GA incidence has been linked with human activity, the exact cause, as well as the pathology and transmissibility between corals, remains elusive. In order to investigate the impact of the lesions on diseased coral colonies, a team of scientists consisting of researchers from the National Institute of Standards and Technology (NIST), the U.S Geological Survey (USGS) and the National Oceanic and Atmospheric Administration (NOAA), set out to image the metabolic effects of the disease in a population of Hawaiian Island coral reefs with a high GA prevalence.

In addition to becoming degraded, diseased corals also have a reduced capacity to reproduce, as scientists have observed fewer polyps and endosymbiotic microorganisms than in healthy areas. Coral reefs consist of hundreds to millions of these soft-bodied organisms, which live in colonies and secrete calcium carbonate to form a hard, protective skeleton.

Shallow water corals, such as stony corals, retain their nutrients via a mutualistic relationship with zooxanthellae, a type of photosynthetic algae which reside within their tissues. Whilst GAs are not typically fatal, they do diminish the overall health and resilience of the affected colonies.

The coral soft tissue samples were studied using proton nuclear magnetic resonance (1HNMR) analysis. HNMR spectroscopy uses electromagnetic fields and radio frequencies to measure and determine the structure and metabolites of the corals on a molecular level with a high degree of accuracy. Coral metabolites can be defined as the intermediate or end-products of the process of coral metabolism and were extracted from the samples using a combination of methanol, water and chloroform.

The team managed to identify eighteen different metabolites in total, with an increase in the overall metabolic activity in areas of coral with GAs. According to the researchers, this increase in activity may be indicative of an irregular metabolism caused by GAs, which promotes rapid lesion growth at the expense of other surrounding, healthy tissues.

Interestingly, the findings also revealed that GA-infected corals tend to display a reduced pH and a porous and fragile GA skeleton, which the team hypothesised was due to a reallocation of the energy—ordinarily used to regulate pH towards facilitation of the growth of GA tissue.

Since this revolutionary research methodology has never before been used to study coral disease in situ, the findings from the team offer a unique and novel insight into the biochemistry of GAs within P. compressa, which may well be applicable to many more varieties of coral in the tropics besides the stony variety.

The findings have exciting potential in the field of ecology and conservation, as by giving an overview of the pathophysiological factors which contribute to GA progression the researchers have likely laid a foundation upon which future research will be based, hopefully giving rise to a deeper and more comprehensive understanding of coral disease.

Furthermore, should this be achieved, researchers might be able to pinpoint exactly how human activities are contributing to such a devastating occurrence, and make suggestions for how reactive efforts can be made to protect and preserve coral reefs for future generations.

Unless we start to adopt a mindful attitude towards these diverse marine invertebrates, there is a real and frightening risk that marine species will go extinct, human illnesses will go untreated and coastal areas will be submerged forever. 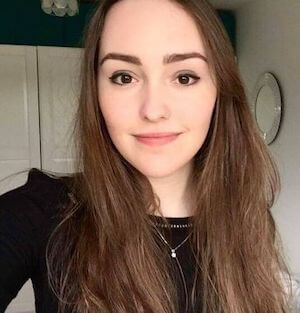