Currently 5% of our oceans are actively protected, by 2030 Conservation International hopes that 30% of marine areas will be under protection. The establishment of seascapes may just help shift current marine economies into sustainable ‘blue’ economies.

Building blue economies—the ocean equivalent of a green economy—requires an approach that integrates both ecosystem health and human health into its management framework. Seascapes are multiple-use areas, which include both marine protected ‘no-take’ areas (MPAs) or areas which are heavily regulated to ensure sustainable resource use.

Regulatory frameworks surrounding seascapes are mainly guided by scientific research, which involves close collaboration with other sectors that generate their revenue from these areas. Seascapes are funded by governments with territory in the area, private organizations and other stakeholders, in order to conserve biodiversity, whilst promoting human health.

Shannon Murphy, seascape manager at Conservation International: ‘The key to success lies in creating an environment where all of the moving pieces including governments, local communities, funders and NGOs work together to balance protection and production of ocean resources for the health of the planet and its people.’

The Sulu-Sulawesi seascape was established in 2005 and covers a 900,000 kilometres-squared area which overlaps the coral triangle. Therefore, the Sulu-Sulawesi is one of the most diverse and productive marine areas.

One million people rely on the seascape area for their livelihoods, whilst a further 35,147,864 million people live within ten kilometres of its coasts, thus deriving most of their food from it. The Sulu-Sulawesi area has around 50 MPAs, which has seen a 79% increase in no-take areas (no organisms or natural resources are removed from the area) since prior to its establishment.

At the COP 10 conference in 2010, the involved parties (The Philippines, Malaysia and Indonesia) collaborated on a series of comprehensive action plans for the Sulu-Sulawesi Seascape. The three overarching conservation themes in the Sulu-Sulawesi are the conservation of: (1) Threatened, Charismatic and Migratory Species, (2) Marine Protected Areas and Networks, (3) Sustainable Fisheries.

How to establish a long-lasting seascape

Currently, the Sulu-Sulawesi Seascape has a total investment of $10 to 50 million. For a seascape to function in the long-term it needs both public incentive and legislative support. Rules surrounding seascape areas must therefore be integrated into the social and political frameworks of nations as well.

Governing bodies, educational and research institutions need to allocate a certain budget to financially support multidisciplinary research into effective seascape implementation, management and monitoring. To achieve this, proper awareness and communication are also necessary, in order to shift stakeholder thinking and investment from exploitative resource use to sustainable practices.

All of the current seascapes—aside from Lau Seascape—which are monitored by Conservation International, were established with the financial support of a committed donor. This allowed the seascapes to be managed with a certain flexibility, when planning regulatory frameworks, conducting research and building further partnerships.

Surveys found that whilst a core donor may be successful in setting up the seascape, it may create an uncertain dependency on that source of funding. Thus, funding for seascapes should come from the public sector, the private sector and revenues derived from the seascape itself (i.e., tourism, sustainable commercial fishing, any natural resource extraction, etc.)

‘For a seascape to function in the long-term it needs both public incentive and legislative support.’

Sulu-Sulawesi was successful in transforming its funding sources, from a sole donor to multiple contributors. In 2005, the seascape was established with 95% of its funding coming from philanthropic sources, and only a 5% contribution from the Indonesian, Malaysian and Philippine governments. However, after much public engagement and raising awareness on the importance of protecting these areas, as well as the potential revenues from tourism and sustainable fishing practices, funding sources shifted over time.

Over a period of 13 years, the Sulu-Sulawesi Seascape built partnerships with multiple bilateral and multilateral institutions, as well as increasing government funding as well. In 2018, Sulu-Sulawesi received nearly 60% of its funding from its bordering governments, around 12% from academic institutions and around 20% from the public sector. What started out to be 95% philanthropically driven, is now only contributing to 5% of the total Sulu-Sulawesi funds.

The three governments need to continue to allocate a large budget to the Sulu-Sulawesi seascape. Whilst donors, such as aid agencies, international banks and large corporations, should also readily provide funds in grants or loans to those who protect the environment, rather than those who exploit it.

How does the Sulu-Sulawesi generate revenue?

There are multiple ways in which the Sulu-Sulawesi seascape generates revenue in order to support its own conservation efforts. User fees are a large source of money, where individuals or commercial organizations are charged a certain fee in order to enter the area. For example, ‘green fees’ are mandatory payments for scuba divers who want to explore MPAs or tourists who want to enter Sulu-Sulawesi via boat.

Additionally, it is common practice to implement registration and licensing fees for commercial fishers who wish to fish outside designated MPAs but still within the borders of Sulu-Sulawesi. Usually licenses are priced quite low, but it is important to increase them within seascapes in order to be able to estimate the economic rent of the fishing industry. By estimating the money earned which exceeds the economically or socially necessary amount, one can control overfishing.

Seascapes should also only offer a maximum number of licenses in the area, in order to further limit the parties who operate within them. These can be allocated yearly, seasonally or monthly, to certain industries, depending on the product they fish. However, these prices and number of licenses need to be balanced against equity and poverty alleviation objectives, as most of the local fishers are amongst the poorest citizens. Licensing fees could thus be offered in larger quantities and for slightly cheaper to rural and subsistence fisheries, and in less numbers and higher prices to larger, commercial fishing entities.

Governments also need to increase taxes on products stemming from unsustainable practices, in order to shift incentive for producers to operate with sustainable practices or aquacultures instead. These may also include pollution charges, as a compensation for the damage unsustainable fishing practices cause to ‘the environment and society’. Significant penalties and fines are also mandatory if any laws of the Sulu-Sulawesi are broken.

If enough revenue is generated from the Sulu-Sulawesi, it will encourage increased external investment from stakeholders, which would in turn lead to a self-sustaining cycle of maintaining these areas.

A seascape that supports human health and livelihoods

The majority of commercial practices in these seascape areas should be reserved for local industries, rather than international giants. If the livelihoods of local, coastal communities are protected and prioritized, it also increases incentive for them to recognize the value of conserving their ecosystem services. Additionally, increasing taxes on international products, as well as limiting seascape activity to primarily locals, will reduce competition from international markets.

Partnerships with educational institutions and research centers are also vital to encourage both marine and human health. Educational programs in schools and field trips to the seascapes would forge an interest and relationship in younger people—which should be exempt from the tourism fee.

Additionally, the organizations working within the Sulu-Sulawesi should provide a secure job market for young, national science graduates, in order for them to work to conserve their own environment. This puts the responsibility of nature conservation in the hands of its own locals, rather than having for the most part, foreign researchers come in to ‘manage’ other people’s waters.

‘If the livelihoods of local communities are prioritized, it will increase incentive to recognize the value of conserving their ecosystem services.’

The Sulu-Sulawesi is a leading example of a forward-thinking ocean conservation strategy. Whilst areas of high marine biodiversity should be prioritized, it is important to consider establishing seascapes along major migration routes as well.

Along with the other five seascapes established by Conservation International, other international organizations and nations should look to establish their own seascapes along their coastlines. Multidisciplinary research and cross-sectional collaboration is vital to conserve biodiversity and ecosystems, whilst providing sustainable food and a stable livelihood to its people. 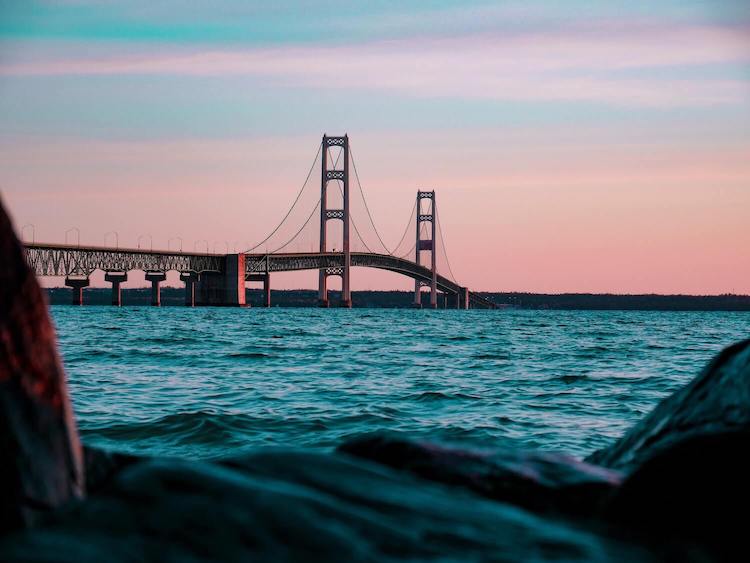