In November 2020, Governor Whitmer of Michigan ordered Enbridge to shut down their operations of the Line 5 pipelines by May 12th 2021. Now in June 2021, Enbridge has defied the order and continues to transport 23 million gallons of oil daily across the Straits of Mackinac.

‘Here in Michigan, the Great Lakes define our borders, but they also define who we are as people. Enbridge has routinely refused to take action to protect our Great Lakes and the millions of Americans who depend on them for clean drinking water and good jobs. They have repeatedly violated the terms of the 1953 easement by ignoring structural problems that put our Great Lakes and our families at risk,’ stated Governor Whitmer, on November 13th 2020.

The Line 5 pipelines are two parallel 20-inch-diameter pipelines running for approximately seven kilometres beneath the Straits of Mackinac, Michigan. Being installed in 1953, the pipes have been providing the Upper Peninsula with 65% of their propane demand and contributing 50% to Canada’s fuel needs for the past 68 years.

The energy company, Enbridge, states that these lines transport 540,000 barrels of crude oil, synthetic crude and liquid natural gas on a daily basis. Thus, one cannot neglect the importance of the Line 5 pipelines in their role in providing energy to countless households in North America.

Enbridge claims that their thick, durable and enamel-coated pipes ‘remain in excellent condition and have never experienced a leak in more than 65 years of operation.’ However, these claims are in direct opposition to research led by Beth Wallace and colleagues at National Wildlife Federation, which traced back more than 30 spills to Enbridge pipelines, including the largest land-based oil spill in the U.S.—the Kalamazoo River oil spill in 2010.

These findings were counter argued by Enbridge spokesperson Ryan Duffy, who stated: ‘Over the past fifteen years, there have been three incidents on Line 5 that have resulted in a total of approximately 21 barrels of product being released off the mainline. All of the product released during these three incidents was recovered. There has never been an incident on Line 5 at the Straits.’

‘There has never been an incident on Line 5 at the Straits,’ Enbridge stands firm with their statements.

Why is Enbridge confident about Line 5’s durability?

‘Line 5 still exceeds today’s standards for pipeline safety’, states Enbridge on their company website. The dual pipes are steel manufactured, with their walls being three times thicker than the minimum required. Additionally, the enamel used to coat the outside of the pipes are fibre-reinforced to prevent corrosion.

Coal tar enamel reinforced with fiberglass has been used widely across pipelines as, as stated by Andre and AMICE (in 1967), it is unresponsive to air, soil and water conditions. According to this research, the double-bond structure of the hydrocarbons in coal tar assists in preventing moisture absorption, and thus any weakening of the walls which could result in leaking. The addition of fibre glass in the pipe walls offers robust mechanical strength and is highly resistant to chemicals and corrosion.

Enbridge also works with Michigan Technological University’s Great Lakes Research Center, by employing autonomous underwater vehicles in order to ensure their Line 5 maintenance information is up to date. Endbridge claims they monitor their pipelines 24/7, however according to the National Wildlife Federation, it took the company 17 hours to notice the Kalamazoo River pipeline leak at their Line 6B—only to be notified by an outside caller. In this incident, six barrels of oil spilled 1.1 million gallons of tar sands bitumen into the river.

One should critically analyze the claims by Enbridge and the National Wildlife Funds, as both parties have very opposing and aggressive stances on the Line 5 dispute.

How does it affect the environment?

The Straits of Mackinac connect two of the Great Lakes, Lake Michigan and Lake Huron, creating the largest freshwater ecosystem on Earth. The Great Lakes fishing industry generates an annual revenue of seven billion USD and supports more than 75,000 jobs.

According to the National Oceanic and Atmospheric Administration, the Great Lakes are home to more than 190 fish species, 100 clam and snail species, 200 genera of insects, 60 general of worms, 100 species of microzooplankton, 275 species of rotifers and 350 genera of algae. Any risk to the water chemistry of this environment thus threatens over hundreds of organisms which rely on this unique ecosystem.

The extent at which oil spreads from its spillage site depends on suspended particles in the water column. As oil and water do not mix, the submergence of oil particles occurs when they bind to small amounts of sediments or organic compounds. This phenomenon became a focus of interest during the 2010 Kalamazoo River spill by Enbridge Line 6B, where initial clean-ups concentrated on floating oil at the water surface. Only one month into the clean-up operations did it come to the attention that oil had been submerged into the water column, resulting in oil remaining in the river until 2014.

As the Straits of Mackinac are amongst the areas of the Great Lakes with the highest flow rates, any oil spillage from Line 5 could disperse over a vast area. The fact that this channel is also a narrower area, means a lot more particle sediment and organic matter is available for oil to bind as well, increasing the risk of dispersion. A study from the University of Michigan simulated six scenarios of oil dispersion from Line 5; the worst possible outcome being that 90% of oil would impact 168 kilometres of shoreline in both Lake Huron and Lake Michigan.

Suspended oil particles are of risk to the freshwater ecology, as benthic species such as plankton, invertebrates, mussels and fish consume them. When assessing the toxicity measures of oil leakage on local species, one should measure the survival, growth rates and biomass of species lower down in the food web. Some studies, however, have found that oil particle associates are more readily degraded than oil sitting at the water surface—the majority of suspended oil from the Deepwater Horizon oil spill has been broken down by indigenous bacteria.

A Kalamazoo River-like spillage from Line 5 in the Straits of Mackinac would have a critical impact on the aquatic ecosystem, the commercial fishing industry, clean drinking water and coastal environments—as the Great Lake Islands also act as vital stop-over points during seasonal bird migrations.

What is the current situation?

Now the dispute between the State of Michigan and the Canadian energy company is escalating, with Ottawa entering the legal battle and arguing that the shutting down of Line 5 will implicate US-Canada relations. Enbridge, having surpassed the 12th of May 2021 deadline set out by Governor Whitmer, states they will only cease operations upon a U.S. federal court order.

Canadian Natural Resources Minister Seamus O’Regan told The Star: ‘This is in Canada’s national interest. It is a part of our energy security, and we will make sure that it is upheld.’

President of Canadians for Affordable Energy, Dan McTeague, explained that if Line 5 ceased operation ‘66% of Quebec’s oil would be cut off and 50% of Ontario’s.’

Currently, on-land pipelines do not have a particular status under international law, and their operations depend on the arrangements set by the states in which the pipelines cross.

‘Enbridge’s historic failures and current non-compliance present too great a risk to our Great Lakes and the people who depend upon them.’

On the other hand, the Agreement also states that: ‘In the event of a threatened natural disaster […] the flow through such Transit Pipeline may be temporarily reduced or stopped in the interest of sound pipeline management and operational efficiency by or with the approval of the appropriate regulatory authorities of the Party in whose territory such disaster, emergency or other demonstrable need occurs.’

However, Michigan’s Department of Natural Resources, Director Dan Eichinger, concluded that ‘after spending more than 15 months reviewing Enbridge’s record over the last 67 years, it is abundantly clear that today’s action is necessary. Enbridge’s historic failures and current non-compliance present too great a risk to our Great Lakes and the people who depend upon them.’

The fate of Line 5 is currently still undergoing a legal battle. From an environmental aspect, the Great Lakes are at great risk from any oil spillage—as is seen through the insufficient monitoring and delayed response from Enbridge in the Line 6B oil spill. The Great Lakes contain 21% of global freshwater and are home to immense biodiversity. Both people and organisms depend on a healthy aquatic ecosystem for their livelihoods and survival.

However, Line 5 also is a major source of energy for the Upper Peninsula and Canada, also supporting countless jobs and households. The shutting down of Line 5 would need to be substituted with other sources of energy, in order to meet the same demand. This could result in the exploitation of other areas, or if the two countries work together, find a way to supply North America with green energy.

Michigan cannot simply shut down Line 5 without offering alternative solutions to support their own state and their neighbours.

Andre and A.M.I.C.E (1967) The use of coal tar enamel for lining and wrapping pipes. The Civil Engineer in South Africa.

Press Office Michigan (2020) ‘Governor Whitmer Takes Action to Shut Down the Line 5 Dual Pipelines through the Straits of Mackinac After a Reasonable Transition Period to Protect the State's Energy Needs.’ The Office of Governor Gretchen Whitmer. Available at: https://www.michigan.gov/whitmer/0,9309,7-387-90499_90640-545110--,00.html [Accessed June 6th 2021] 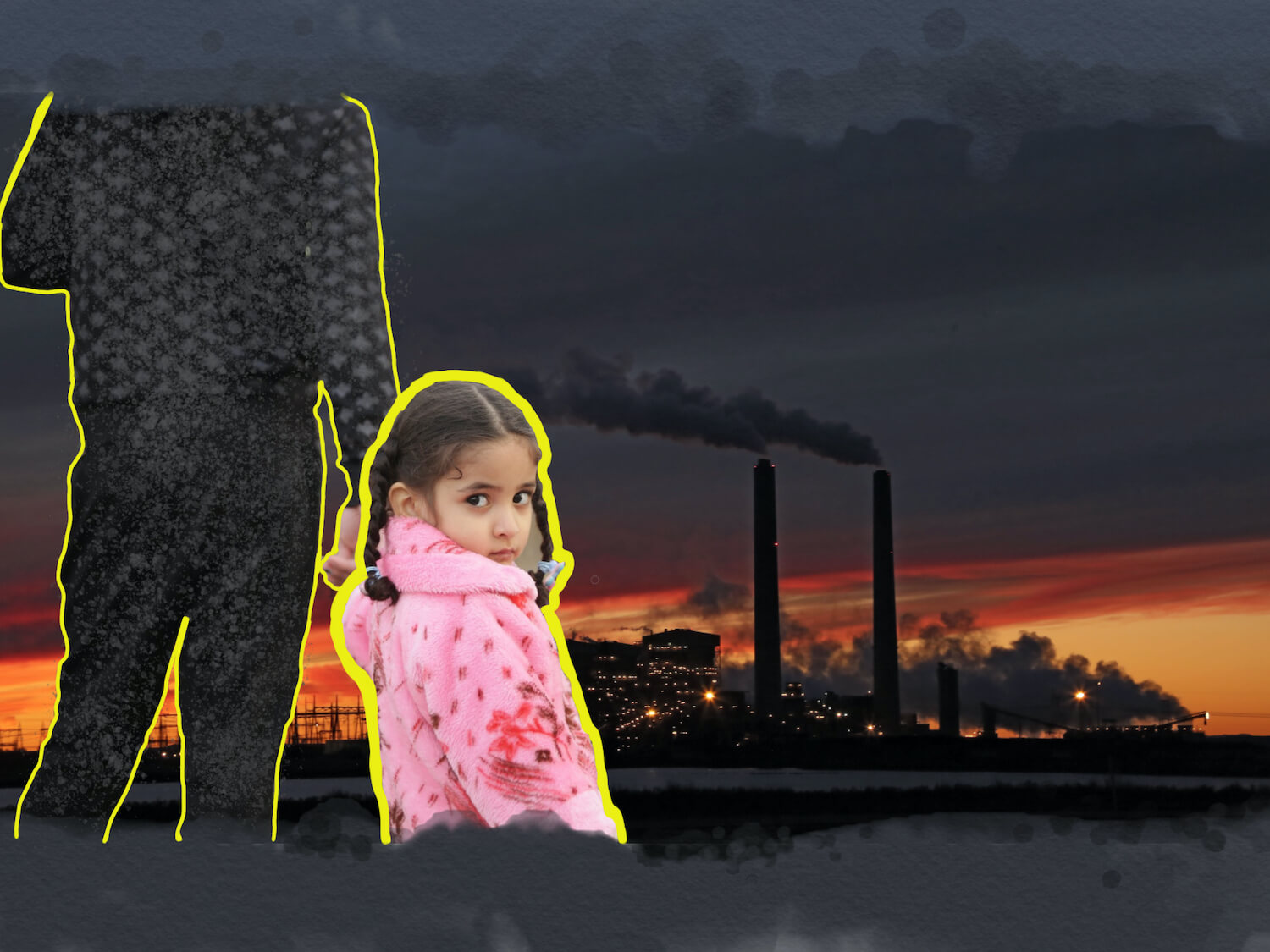 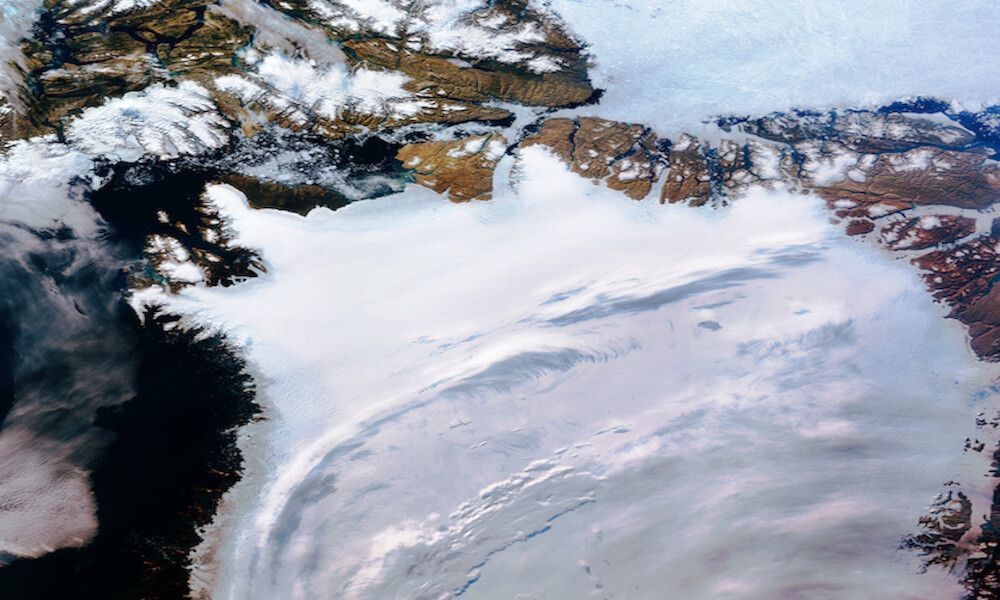