Monkeypox re-emerges as a result of climate change and deforestation

Just as the world begins to recover from the COVID-19 pandemic, a rare virus was identified as spreading in non-endemic countries, driving the World Health Organisation (WHO) to pay close attention. Now, monkeypoxㅡa zoonotic virus closely related to the virus that causes smallpoxㅡhas re-emerged in Europe. Once again, epidemiological experts call for the importance of safe sex practices to prevent the transmission of this infection.

Monkeypox is a zoonotic disease typically found in Central and West African rainforests, where transmission from animal to human can happen. The first report of signs of another monkeypox epidemic was on May 19th, 2022. Most cases are usually from travellers from endemic countries, but on this occasion, cases were identified in several non-endemic countries.

This news helped raise awareness to the fact that monkeypox is transmitted from person to person through physical contact. Additionally, it is known that transmission can occur during the first two and four weeks of when an individual becomes infected. At this moment in time, it is not considered a global emergency, but understanding how transmission occurs is a very important part of assessing the risk to the public of any potential outbreak.

Viral diseases are connected to deforestation

Zoonotic viruses have been associated with epidemics and pandemics. Most of these instances of transmission do not become an outbreak, this process only occurs after the close contact between humans and animals causes the virus to leap from one species to anotherㅡalso known as spillover.

Climate change and loss of biodiversity also affects rodents and squirrelsㅡa common reservoir for monkeypoxㅡ and bat populations, which play a central role in zoonotic disease outbreaks, as seen with the coronavirus pandemic. Deforestation creates hotspots where the interaction between humans and animals becomes often enough that a possible spillover can occur.

‘Zoonotic viruses have been associated with epidemics and pandemics.’

The trafficking of animals

Although most cases have been linked to travellers from endemic countries, the trafficking of exotic animals can also be a source of monkeypox outbreaks. The first outbreaks outside of Africa were seen in 2003 in the United States, when it was found that rodents and other exotic animals had been imported from Ghana. In this instance, prairie dogs were being brought into the United States to be sold as exotic pets.

This also marked the first evidence of interhuman transmission, due to the infection of animal handlers. Those cleaning cages of prairie dogs were likely to catch the disease and veterinarian staff attending the ill animals also became exposed.

The people identified as being affected by the outbreak had developed a fever and vesicular rash in the extremities, and through laboratory testing were confirmed monkeypox positive. The results found the most common cause of transmission were ‘scratches’ from infected animals, although the results also found contact with animal faeces was an additional risk factor. In the end, 61 individuals from four US states were affected.

First cases in the UK

In September 2018, two cases were reported in the UK, with one of these being a UK resident that had gone on holiday to Nigeria. The origin of his infection could not be determined with certainty, as they might have been in contact with someone with a rash in a large gathering of people, or had been in contact with someone who consumed bush meat while visiting a rural area of Nigeria.

Thankfully, the individuals affected contacted health services in the early stages of infection and were promptly treated. Additionally, Public Health England carried out a track and tracing operation to identify potential contacts that might have been at risk.

This also raises awareness about the dangers of consuming bush meat. The over-reliance on bush meat is caused by food insecurity in Central Africa. Forests in areas like the Democratic Republic of the Congo (DRC) are home to ample wildlife, a primary sylvatic reservoir of monkeypox.

‘This also raises awareness about the dangers of consuming bush meat.’

Community educational campaigns to raise awareness about monkeypox prevention, in particular in refugee settlement areas organised by the United Nations International Children's Emergency Fund (UNICEF). A 2010 study showed that immediately after the campaign there was an increase of cases being reported to health centres, the researchers wrote that ‘none had been reported during the prior 12 months.’

As the public becomes more aware of the risk of infection, they are more likely to contact the authorities, which can help identify a possible outbreak sooner. Isolating the virus can also give an insight into its geographic origins, helping to understand if the virus comes from a known local circulation or whether it is imported from a distant location by people, animals or animal products.

At the time of publication, 60 countries have been affected by this monkeypox outbreak, with approximately 7,000 cases. Some of the countries where the study identified positive cases are the UK, Italy, Czech Republic, Portugal and Australia.

The outbreak was particular as most of the individuals affected were men, and sexual transmission was likely the main method of transmission. The study highlights the importance of using condoms to prevent this and many other sexually transmitted diseases.

‘The study highlights the importance of using condoms to prevent [monkeypox] and many other sexually transmitted diseases.’

Among other transmission routes, a cluster of cases identified in Portugal had been in contact with animals; two cats and a pig. This highlights that contact with infected animals may still pose a significant risk.

The 2022 Monkeypox outbreak has caused alarm most probably due to the public’s anxiety from the disruptions and death toll associated with the COVID-19 pandemic. This time, however, people are more interested in understanding how viruses spread and aware of epidemiological procedures to control epidemics.

Climate change and deforestation are increasing the chances of cross-species viral transmission. The case of monkeypox, like many zoonotic viruses, reminds us how the world is more at risk of devastating zoonotic spillover events than ever before.

WHO International (2022) ‘WHO Director-General's opening remarks at the Member State Information Session on COVID-19 and other issues,’ WHO Director General Speeches. Available at: https://www.who.int/director-general/speeches/detail/who-director-general-s-opening-remarks-at-the-member-state-information-session-on-covid-19-and-other-issues [Accessed July 17th, 2022] 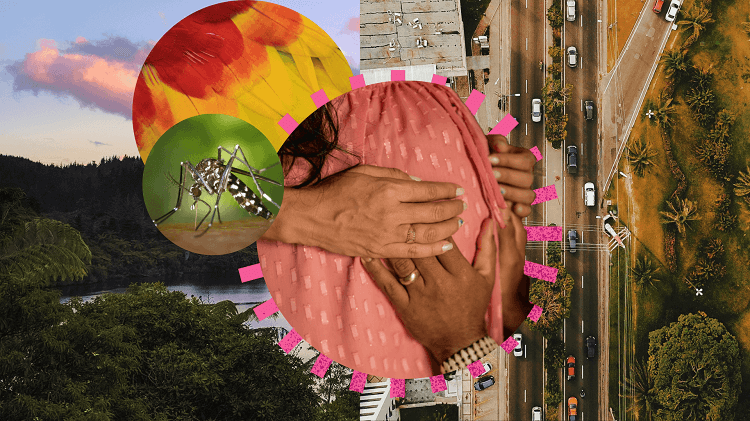 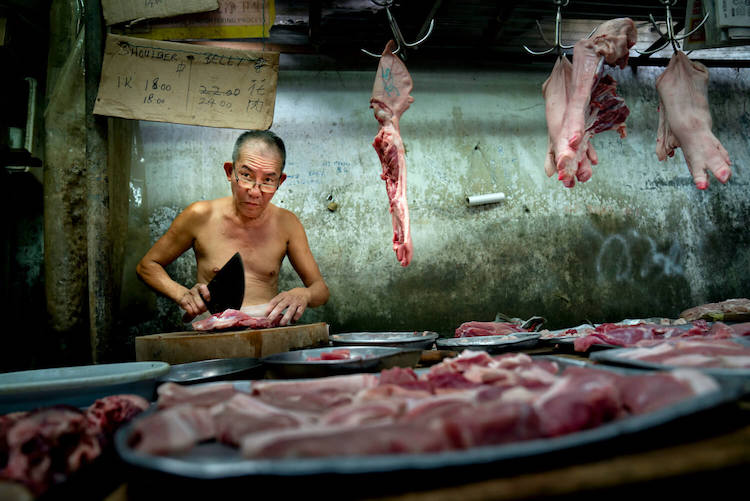