Russia’s invasion of Ukraine in February of this year not only brought war to the European continent for the first time in decades, but it destabilised global energy systems. On May 18th, the European Commission presented REPowerEU; the EU’s plan to reduce dependence on Russian fossil fuels and accelerate the transition to green energy. But what is this plan and how will it affect both energy security and the climate crisis?

The European Commission is the executive arm of the EU that initiates and enforces EU laws and policies. The Commission’s REPowerEU plan involves reshaping the EU’s current Russia-reliant fossil fuel consumption into greener and more self-sufficient energy systems. Not only will this take away the economic and political leverage that Russia has in the energy market, but it is an opportunity to accelerate the EU’s transition to renewables and gain energy security.

Official communication from the Commission to the European Parliament stated, ‘Russia’s unprovoked and unjustified military aggression against Ukraine has massively disrupted the world’s energy system. It has caused hardship as a result of high energy prices and it has heightened energy security concerns, bringing to the fore the EU’s over-dependence on gas, oil and coal imports from Russia. High amounts paid for Russia’s fossil fuels are helping Russia sustain its war against Ukraine.’

The four main aims of REPowerEU are to tackle energy savings, the diversification of energy supplies, accelerating the green transition, as well as overall investment and reform of the current energy system.

The fastest and most affordable method to reduce energy bills and reduce pressure on the climate is to save energy. REPowerEU proposes doing this by increasing the Energy Efficiency Target from 9% to 13%; a target from the European Green Deal legislation, the EU’s legally binding plan to make Europe climate neutral by 2050.

The Commission has also published the EU Save Energy Communication, which outlines behavioural changes within households and industry that could cut gas and oil demand by 5%. There will also be reduced VAT rates on energy efficient heating systems and appliances, in addition to vital contingency measures in case of severely disrupted energy supplies.

The diversification of energy supplies and international partnerships

The EU needs to diversify energy sources and maintain international partnerships in order to secure alternative energy supplies. The EU Energy Platform enables joint purchases of gas, Liquified Natural Gas (LNG), and renewable hydrogen by pooling demand and improving infrastructure. A ‘joint purchasing mechanism’ may be developed to negotiate gas purchases for Member States, along with other legislation to require diversification of gas supply by Member States.

Another aspect of this is the EU External Energy Strategy, which facilitates long-term partnerships with energy suppliers and includes cooperation on green technology. For example, hydrogen corridors will be developed in the Mediterranean and the North Sea. Ukraine and other vulnerable partners will be supported to ensure energy security and prepare for future electricity and renewable hydrogen trade.

The Just Energy Transition Partnership with South Africa would accelerate decarbonisation of the economy, and similar partnerships may be developed with Vietnam, India, and Indonesia. The Africa-EU Green Energy initiative involves mobilising €2.4 billion in grants for Sub-Saharan Africa and €1 billion for North Africa to support renewable energy and the greening of local value chains.

Other international partnerships include cooperating with Azerbaijan and the Southern Gas Corridor and coordinating with gas buyers in Japan, China, and Korea. LNG deliveries may be increased from the US, Canada, and Norway, and political agreements might be made with Egyptian and Israeli gas suppliers.

Renewable energy investment and support in industry, buildings, and transport will accelerate the green transition and eventually reduce energy prices. REPowerEU proposes another amendment to the European Green Deal, namely increasing the renewables target from 40% to 45% by 2030.

The renewable energy actions include the EU Solar Strategy, which aims to double solar photovoltaic capacity (the total solar power generation capacity a country has) by 2025. The Solar Rooftop Initiative is another new initiative; a legal obligation to install solar panels on new public, commercial, and residential buildings.

The Commission is also recommending simplifying permitting for major renewable projects, especially in go-to areas that digital mapping tools have identified as having lower environmental risks. In terms of renewable hydrogen, the REPowerEU target is to produce 10 million tonnes and import 10 million tonnes by 2030 to replace natural gas, coal, and oil in industry and transport. Carbon contracts will support financing and the industrial transition to green hydrogen.

Accelerating the green transition also involves reducing fossil fuel use in industry and transport. In fact, 35 billion cubic metres (bcm) of natural gas could be saved in industry through energy savings, increased efficiency, and fuel substitution. A green Freight Package will be presented to improve energy efficiency in transport and potential legislation to increase the number of zero emission vehicles in public and corporate car fleets.

Lastly, financing REPowerEU will require smart investment and reform because it will need €210 billion by 2027 to succeed. This is a steep figure, but one described as, ‘a down-payment on our independence and security. Cutting Russian fossil fuel imports can also save us €100 billion annually.’

The RRF already has €226 billion available in loans and its financial envelope may increase with €20 billion in grants from auctioning off EU Emission Trading System (ETS) allowances. ETS allowances grant the holder permission to emit one tonne of carbon dioxide. Therefore, selling these allowances will finance the energy transition and reduce fossil fuel emission.

The Commission is aiming to end EU dependence on Russian fossil fuels by the end of the decade, a task that requires joint planning and coordination to be affordable and achievable.

The short-term changes to be made include allowing for the common purchase of alternative energies via the EU Energy Platform for Member States and creating new energy partnerships. Solar, wind, and renewable hydrogen energy projects are to be approved and rolled out, while biomethane production is to be increased. Plans are also to be made in the case of gas supply reduction through EU-coordinated demand reductions.

In the longer term, the modified RRF will support investments and reforms worth €300 billion to support REPowerEU initiatives, including industrial decarbonization and gas and electricity infrastructure. Legislation and recommendations will be made for faster permitting of renewables and transportation regulations to increase energy efficiency.

Targets will be raised including taking the target on energy efficiency from 9% to 13% and the renewables target from 40% to 45%, all by 2030. Hydrogen accelerators will be built to add 10 million tonnes of renewable hydrogen to EU production and a novel regulatory framework for hydrogen will be implemented.

There has been criticism surrounding the initiative, with a report from the Climate Action Tracker (CAT) research institute stating that developing new gas infrastructure could result in ‘irreversible warming’.

On the other hand, Frans Timmermans—the EU Commissioner of the European Green Deal—has remarked that it is ‘bloody hard’ to make the switch from gas to renewables, given the current dependency on gas.

He insists that it is still possible and a commitment, stating at the REPowerEU launch that ‘We have to be transparent, we have to be honest: we have a short-term serious problem because of the Russian [imports] that cannot be replaced immediately by renewables. So we will have to go out there in the world and try to find alternatives to Russian gas.’

In essence, REPowerEU should fast track the transition to green energy and promote the EU’s energy security. This should ease the pressure on the currently insecure and volatile global energy markets, exacerbated by Russia’s invasion of Ukraine, reducing energy prices and the global fossil fuel demand.

The climate should benefit from energy saving and a diversified energy supply that incorporates renewables. Simultaneously having many international partnerships, energy sources and multiple energy types creates a more secure future for EU energy.

European Commission (2022) COMMUNICATION FROM THE COMMISSION TO THE EUROPEAN PARLIAMENT, THE EUROPEAN COUNCIL, THE COUNCIL, THE EUROPEAN ECONOMIC AND SOCIAL COMMITTEE AND THE COMMITTEE OF THE REGIONS. EUR-Lex. Available at: https://eur-lex.europa.eu/legal-content/EN/TXT/?uri=COM%3A2022%3A230%3AFIN&qid=1653033742483 [Accessed August 21st, 2022] 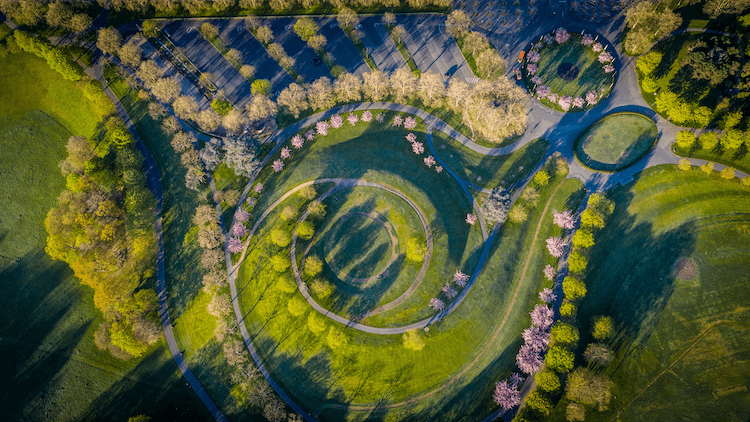