COP26: Last chance to save the world?

COP26 could be a turning point in the fight to curb climate change or simply an excuse for flag-waving and greenwashing. It has to be the former, and even then this will be only one step in the direction of climate justice.

It is not an exaggeration to say that COP26 is an opportunity for the leaders of the world to save the planet. The 26th United Nations Climate Change Conference of the Parties to the United Nations Framework Convention on Climate Change, also referred as COP26, is a UN Climate Summit being held in Glasgow. This year, between October 31st and November 12th, world leaders will be updating and hopefully expanding on climate change commitments made at the 2015 Paris Climate Agreement.

If they get this right – and we likely will not know straight away if they will – then it could be the first step towards a balanced environment, climate and ecological justice, and a blueprint for ensuring a habitable world.

This is crucial; as seen in the recent Intergovernmental Panel on Climate Change’s (IPCC) report, climate change is happening now, and happening faster than anybody predicted. We are seeing floods, heatwaves, wildfires, storms, droughts and more that are beyond anything happening even only five years ago. If this continues, there will be catastrophic, potentially civilization-destroying, consequences.

What challenges are faced at COP26?

Unfortunately, as of now, we are not doing very much to stop this catastrophic climate change. Previous COPs, such as Paris and Copenhagen, have failed. They set out to seriously combat climate change, caused by the emission of greenhouse gases. Unfortunately, emissions are rising, fossil fuels continue to be burnt (along with the world’s tropical rainforests), industrial agriculture is decimating landscapes, and most countries are just about now saying how, in 30 years, they might be carbon neutral if that excludes the transport sector and includes scientifically disputed carbon offsetting schemes.

These include REDD+ and afforestation programmes, known to harm both local environments and communities, whilst only temporarily 'balancing out' the emissions of greenhouse gases. This is because such schemes often force local and indigenous people from their land to create monoculture tree plantations, paid for by large companies to ‘offset’ their emissions.

‘Previous COPs, such as Paris and Copenhagen, have failed.’

These plantations are prone to disease and wildfire, meaning that the carbon is not truly offset – even without such issues, this offsetting would only be temporary, compared to the long-term impact of carbon dioxide emitted by fossil fuel companies – the different carbon cycles in the biosphere and atmosphere make these schemes not only destructive, but scientifically unfeasible.

This means disaster for the local environment and biodiversity, as well as local cultures, traditions and economies, whilst doing little to stop global warming. At the same time, $100 billion was promised as climate finance to developing countries, and this has not been realized.

Companies are appealing against decisions forcing them to curb their enormous emissions, and governments are continuing funding enormously polluting projects. For example, the US has continued to grow its pipeline network whilst Germany has agreed upon a new gas deal with Russia – this increases European dependence on Russian gas through a trans-European pipeline.

Meanwhile, China has continued to grow its reliance on coal-fired power plants. The politicians leading these governments are the same ones that are deciding what will happen at COP26, so given how these projects went ahead under their watch, it is understandable that some have low expectations for the conference.

‘Why should these countries now be denied the luxuries enjoyed in the West, due to a crisis brought on by those very same countries?’

There are underlying issues behind all of this. Western countries that are the historical and present-day biggest per capita emitters are blaming rapidly developing countries, such as China and India, for their increasingly daunting emissions, asking them to respond when faced with the facts of climate breakdown.

In response, of course, is the issue that these Western countries enriched themselves through the same emission process, alongside colonizing the rest of the world and constraining their development. Why should these countries now be denied the luxuries enjoyed in the West, due to a crisis brought on by those very same countries?

So, what are the options?

Should we as citizens put our hope into this conference, and emphasize its enormous importance? Doing so could increase the chance of a Global Green New Deal or other such agreement with massive investment promised in green infrastructure projects to bring the world within Earth’s planetary boundaries, in a fair and just manner. Such a deal would replicate the New Deal of the 1930s, which saw the US government fund enormous infrastructure schemes to bring the US out of the Great Depression.

However, if COP26 fails to actualize change, then what? Some activists are wary given the history of international climate summit history, such as the Glasgow Agreement. This is an agreement amongst environmentalist heavyweights such as Greenpeace International and Fridays for Future, which argues for more direct action against polluters. The group claims that international agreements 'have not produced the reduction in global greenhouse gas emissions required to halt the worst impacts of climate change', and an alternative strategy must be taken.

If Glasgow is not to be the way out of the climate crisis, then what? Do we lobby our national governments, and hope that, even without a global agreement that will stop the worst of climate change, national governmental policy shifts will occur? Initiatives such as the Green New Deal in the US, backed by House Representative Alexandria Ocasio-Cortez, are promising, and the recent surge of support for the Green Party in Germany signals this sort of politics could be on the rise.

However, can we be sure that such shifts will take place? China has just invested in 13GW more of coal power, and it is not as if it is a country to facilitate effective protest against such decisions. This is despite the fact that in the Paris climate agreement, the country committed to reaching peak carbon dioxide output by 2030 at the latest – given the lifespan of such power plants, this commitment seems to be off the table. Likewise, the US has sent in the military on indigenous communities protesting illegal pipelines on treaty land. It is hard to trust that these polluting giants will do the right thing without international pressure.

‘It is hard to trust that these polluting giants will do the right thing without international pressure.’

Should polluting industries instead be targeted directly? Some activist groups that directly target fossil fuel infrastructure are gaining momentum, and a court case by Milieudefensie (the Dutch branch of Friends of the Earth) led to a court order forcing Shell to reduce their emissions by 45% by 2030.

These type of strategic decisions show a new phase of climate action focused on direct action. Those in favour argue that this will in turn pressurize governments to shut down polluters in a more orderly fashion, whilst also posing an investment risk for future projects.

However, direct action alone will not create a dent in emissions, and it seems that neither will legal action: Shell recently released a statement saying that they will not comply with this court ruling. It is certainly a risk to disregard national governance completely, as they are still the only ones with the weight to fully shut down big polluters, apart from the polluting industries themselves.

Ultimately, if COP26 is a success, it is one success facing down a mountain of failures made over the last fifty years. Its success will not get us out of the woods, just onto the right track. At the same time, national governments need to be lobbied, and where possible polluters need to be acted against directly. None of these can be done in isolation, as none of them will by themselves succeed in averting catastrophe.

This is a tall order. It calls for massive mobilization, putting pressure on local, national and global levels of governance and business. It means that the climate needs to be the number one priority coming out of this pandemic, and to ensure that there is the necessary global cooperation, countries must be willing to work together.

This will mean getting over the stumbling blocks detailed above surrounding sustainable development. Rich countries will have to be ready to pay for enormous renewable projects around the world, whilst rapidly developing countries might have to take the hit of stranded fossil fuel assets.

Such measures will face vast opposition by governments and vested interests, but we face no other choice if we want to curb climate catastrophe. COP26 must be a success, and more importantly, it must be the first success in a line of many which bring about climate justice for all.

Ambrose J. (2021) 'Shell boss: we have no plans to change strategy despite emissions ruling.' The Guardian. Available at: https://www.theguardian.com/business/2021/jul/29/shell-raises-dividend-soaring-oil-prices [Accessed August 4th, 2021] 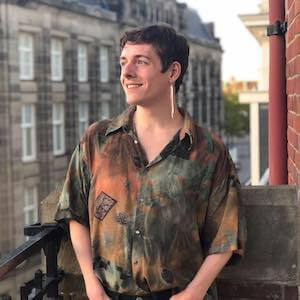